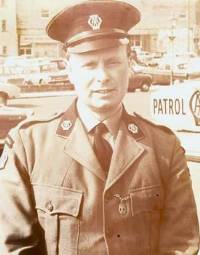 A GENEROUS Scot who lived a frugal lifestyle has left almost £1 million in his will to charity.

David Dempsey passed away last year aged 74, and it has emerged the quiet, single batchelor from Kirkcaldy in Fife has donated his whole estate to 13 charities.

Many of the causes to benefit from Mr Dempsey’s generosity reflect the retired mechanic’s interests and passions – including cancer charities, blind and deaf associations and various animal organisations.

Sister Jean Rohr, now living in Norway, admits her brother lived “a frugal life” but that he was “always content with his life”.

She said: “He had a genuine concern for the underdog and the weak in society. He was always disturbed when he read of the mistreatment of children and animals.

“He was a very caring person and had to be helping people all the time, and once he retired he was always helping out his neighbours and friends.”

Born in 1934, David Page Dempsey was born in Glasgow, but grew up in the village of Coaltown of Balgonie in Fife with his parents Edward and Jean, along with his two siblings Jean and Edward.

He worked most of his life in and around the Kirkcaldy area, and after leaving school in Markinch he began an apprenticeship with local company Beveridge Motors.

He went on to become a well respected and very skilled mechanic, and BEN, the automobile industry charity, was one of the 13 organisations to benefit from Mr Dempsey’s generosity.

In 1956 Mr Dempsey joined the Automobile Association (AA) as a motorcycle patrolman, and he retired from the association after completing 40 years unbroken service.

Mrs Rohr said: “He was a very skilled mechanic, and his desire to help continued after his retirement when it was friends and family who benefitted from his helpfulness.

“He was encouraged many times to apply for promotion. However, he was happiest as a foot-soldier with the one-to-one contact with the members.

“The Calvinist work ethic was very much part of him, and he really was dedicated to the AA.”

Hard-working and proudly self-sufficient Mr Dempsey never took out a loan or a mortgage in his life.

One of his biggest hobbies was to closely follow the rise and fall of the stock market, successfully investing in stocks, shares, building societies and banks.

Mr Dempsey had no immediate family of his own, but was said to be a great support to his extended family.

He was a great comfort to his mother who died in 1994, and one of the reasons he donated large sums to Donaldson’s College for the Deaf and the Hearing Dogs Association was because she suffered from a loss of hearing late in life.

Roslyn Neely, of Children’s Hospice Association Scotland (CHAS), which also received a substantial amount through Mr Dempsey’s legacy, said the charity was overwhelmed with their donation.

She said: “Mr Dempsey left a significant amount to CHAS, a proportion of which will be used for Robin House in Balloch, and the rest going into the general fund pot for the likes of Rachel House and CHAS at Home.

“It was an incredibly generous gift and we are always extremely grateful if someone remembers us in their will. It’s an overwhelming donation and quite incredible.”

Other charities, such as Donaldson’s College, have confirmed they received generous donations from Mr Dempsey’s estate.

Mrs Rohr added: “He lived a frugally and was continually being told by those who knew him to ‘spend some of your assets on yourself’, but his answer was always that he was content with the life he had and had everything he needed.”