Free hotel room for Romeo and Juliet on Valentine’s Day 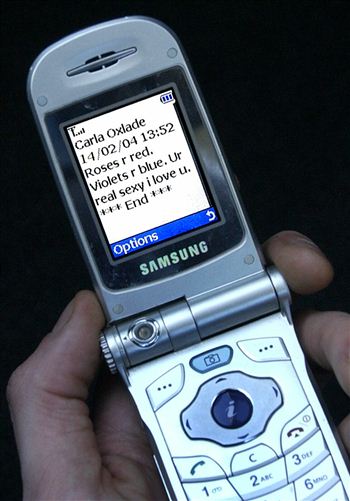 A chain of budget hotels is offering free rooms to loved-up couples this Valentines’ Day – as long as they are called ‘Romeo’ and ‘Juliet’.

Couples will have to present ID to claim the room, after a survey found that Shakespeare’s star-crossed lovers were the most romantic couple of all time.

The list of also-rans included Rhett Butler and Scarlet O’Hara, Brad Pitt and Angelina Jolie, and Homer and Marge Simpson.

The survey also found that Scots were planning to spend £20 less on Valentines Day than last year, resulting in a disastrous £61 million loss for businesses.

Retail expert Donald McFetridge said: “This is dreadfully disappointing news for already hard-pressed retailers who are hoping that Valentine’s Day would herald the beginning of a resurgence in consumer spending.

“It seems that ‘simple’ is the order of the day – couples this year are more likely to either stay at home, order a takeaway or buy alcohol and simple gifts for their partners.”

A Travelodge spokesman said: “Valentine’s Day has become a multi-million pound industry, but this year cash strapped consumers are trying to impress for less.

“With Valentine’s Day falling on Saturday we have seen a surge in weekend getaway bookings – locations such as Edinburgh, Blackpool and Cornwall are all hot destinations for lovers this romantic weekend.

“Whisking your partner away for the night is cheaper and more exciting than a dozen of traditional red roses.”

Women hoping to be wined and dined by their partners next Saturday will be in for a disappointment, with 39 percent of Scots trying their hand at home-cooking.

Some will have to make do with even less – almost a quarter think just the words ‘I Love You’ will suffice.

Farmhouse that was owned by man and his unusual half-ton pet goes on the market for £175,000