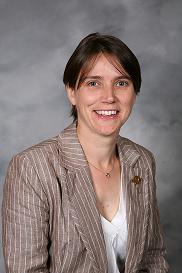 A BORDERS councillor has blasted Lord David Steel’s daughter after she wrongly copied him into an e-mail in which she labelled him an “idiot”.

Independent David Paterson was shocked to receive the offending email sent to him by Lib Dem councillor Catriona Bhatia – which questioned the cost to the public in paying “this idiot” a councillor’s wage.

And despite receiving an apology, Mr Paterson, who represents constituents in Hawick, has now decided to report Ms Bhatia to the local authority’s chief executive and the Standards Commission.

The online slur had been emailed to Councillor Paterson after he responded to a note sent out to help staff explain Scottish Border Council’s (SBC) controversial decision to close the region’s schools last Tuesday – but it had not been intended for him.

“Do you not think it would have been wiser to have waited until this morning (03/02) and possibly have an automated response either to say they are open or closed? I just wonder how much this has cost SBC.”

Shortly after he sent the e-mail, Councillor Paterson was then sent a reply which included: “How much does it cost the Borders taxpayer to have this idiot as a councillor?”

But Councillor Patterson failed to see the funny side. 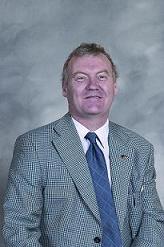 He said: “I was shocked. For anybody to behave like that would be appalling, but for a portfolio holder to be speaking to a councillor in that manner is completely unacceptable.

“I was merely voicing the concerns of several of my constituents.”

“I think council leader David Parker should seriously consider her position. This woman has, in my opinion, breached the councillors’ code of conduct, something that she has signed up to.

“I am writing to the Standards Commission to lodge an official complaint and take this the whole way.”

Ms Bhatia’s gaffe came after the authority closed all its 74 schools because of a threat of snowfall which failed to materialise.

Thousands of children in the region enjoyed a day off last Tuesday amid blue skies and sunshine, despite a severe weather warning issued by the Met Office.

Parents were forced to organise last-minute childcare or take a day off work because of the decision.

Lib Dem Councillor Bhatia – a mum-of-four and the only daughter of former Liberal leader Lord Steel of Aikwood – was quickly made aware of her blunder and sent a further email to Mr Paterson stating: “I understand that you were in receipt of an email which was intended for another recipient.

“Please accept my apologies for any offence caused.”

Mrs Bhatia said: “I have already apologised to Councillor Paterson and explained that the email was sent to him in error, and of course my comments are regrettable.”

“He is allowed to do what he wants with this, but I can only assume he doesn’t find it that offensive, or he wouldn’t be happy for it to be in the public domain.”

“My comments are clearly regrettable, but he now seems to want to use it as political coal.”

The Standards Commission is committed to high ethical standards in public life through the promotion and enforcement of codes of conduct for councillors.