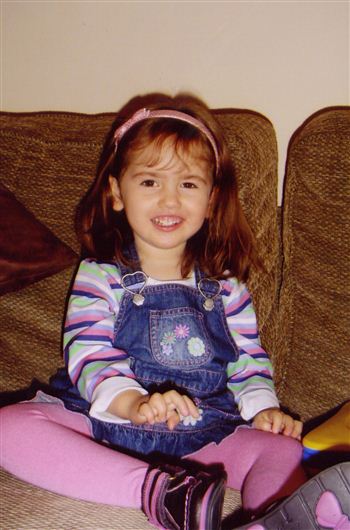 A FIVE-YEAR old Scots girl has survived a pioneering operation to remove over a quarter of her brain – in a bid to halt her suffering 20 epileptic seizures each day.

The brave tot is currently recovering back home after having the large abnormal part of her brain removed by surgeons.

But mum Kelly was so upset at seeing her daughter after the operation she collapsed and had to be placed on a stretcher trolley next to her.

Parents Kelly, 38, and Mark, 36, from Dunfermline, Fife, now face an anxious wait to see if the surgery has been a success.

However, following the operation, world-famous paediatric neurosurgeon William Harkness has informed the family that there is still some epileptic activity in the back of Millie’s brain.

Doctors decided to leave the affected area because removal could have led to Millie being paralysed.

Kelly has admitted she went through “hell” as the family waited on news on Millie’s condition.

She said: “We’ve been down to London six times over the past few months for tests, and when Millie was eventually taken into theatre a week past Tuesday, we didn’t see her for over seven hours.

“After about four hours of torturous waiting, the nurses noticed we were getting anxious and were starting to worry something had gone wrong.

“The operation took longer than expected because while she was asleep Millie pulled a tube out that was draining fluid from her brain so she had to have it stitched in.

“I was so shocked when I eventually did see her because she had a big scar which ran from the middle of her forehead up to the top of her head and then down behind her left ear.

“She also had a lot of wires and a drip coming out of her, and her eyes were shut because of the swelling.

“No mother should see their little girl like that and I thought I was going to pass out – the nurses had to put me on a trolley beside her.” 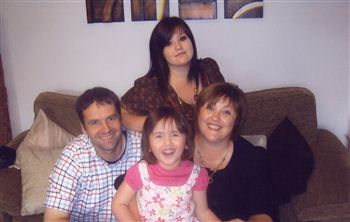 The Mackenzie’s first noticed something was wrong with Millie when she began making strange poses and gagging reflexes when she was around six weeks old.

Kelly was convinced something was wrong with her newly-born daughter, but it wasn’t until Millie suffered the first of her seizures that have blighted the first five years of her life did doctors refer the family to the Sick Kids Hospital in Edinburgh.

Within 48 hours of arriving at the Royal Hospital for Sick Children Millie had been given “every test you could possibly imagine”.

A subsequent MRI scan revealed a small lesion on the front of Millie’s brain and the initial diagnosis was a condition called schizencephaly, which is treated in the same way as epilepsy.

Kelly said: “When I was 20 weeks pregnant Millie had small stroke in the womb. It probably only lasted a split second, but it was enough to affect a small part of her brain.

“When she was born it was if the electrical wiring in her brain was all wrong.

“We have had five years of Millie going to hospital for tests and taking various drugs for her condition, and we were told surgery would never be an option.

“But last year, Mr Harkness, the neurosurgeon at Great Ormond Street, told us of a developing technique which could help Millie.

“It was a tough decision for us to make whether we should put her through the traumatic experience.

“But the last thing we wanted was for her to reach her teens and we hadn’t done everything possible to help her.

Millie is to return to the world-renowned London hospital in around six weeks for check-ups, but it will be a further six months before consultants can safely wean Millie off the strong anti-convulsants she has taken for most of her life.

The toddler’s condition was so severe she has spent most of her life in a wheelchair and has very little speech.