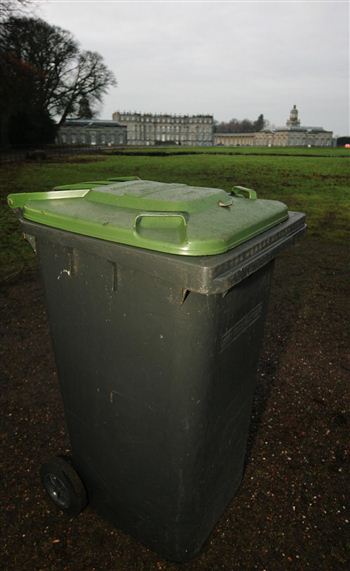 FAMILIES in Scotland are throwing away almost ten million pounds worth of food every year.

According to government report, the average Scottish household wastes hundreds of pounds by throwing away food that could be eaten.

Environment secretary Richard Lochhead said that the figures were staggering.

He said: “This is particularly relevant with Scotland being in recession and many hard-pressed families feeling the pinch.”

“There is an environmental cost to wasted food ending up as landfill – it releases methane, a powerful greenhouse gas, and should not be underestimated.”

The environmental impact of Scotland’s wasted food is equivalent to an extra half a million cars on Scottish roads – and half of it could have been eaten.

The Scottish government has launched a campaign, headed by environmental mascot Mr Earth, to help families make better use of their food.

The ‘Go-Greener’ campaign promises advice for Scots on how to make better use of the food that they buy, to the benefit of both their pockets and the planet.

Mr Lochhead added: “We want to see a fresh drive to raise awareness of the benefits of ensuring food isn’t thrown away.

“There are a number of easy ways to save food from the bin, including proper storage, thinking about portion sizes, planning meals and using leftovers to make another meal.

“Unless we take decisive action now to protect our environment there is every chance that we will have to explain to our children why we ruined it.”