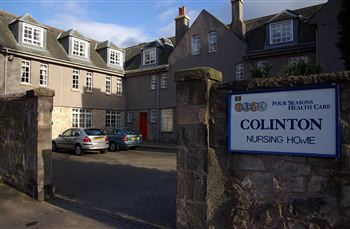 A FILIPINO nurse who was jailed for abusing dementia suffering pensioners under his care has been struck from the nursing register.

Jeffrey Ednalan’s cruel assaults included stuffing a deodorant can in the mouth of a 95-year-old man to stop him shouting, and two counts of indecent assault including handling a frail 86-year-old woman’s naked breasts.

Ednalan, 36, was found guilty of all charges in front of the Nursing and Midwifery Council’s Conduct and Competence Committee, in Edinburgh yesterday.

The panel ordered Ednalan’s name to be struck from the register after learning he had been caged for 15 months for the systematic abuse of residents at an Edinburgh care home.

He also ordered seven residents to remain in their unchanged incontinence pads all day “just to save time” later in the day.

Ednalan was placed on the sex offender’s list for ten years for his horrific attacks when he was convicted at Edinburgh Sheriff Court in May 2007.

During the court case the married father-of-one denied all the charges set before him and insisted his fellow workers made up the allegations out of jealousy at his senior position.

During his trail he claimed: “I am not a terror person, I would never do that. I was never superior to them.”

Ednalan – who failed to appear before the nursing panel – was initially employed at Colinton Care Home in Edinburgh as an adaptational nurse, but his attitude was said to have changed once he became fully-qualified.

The three-person nursing panel heard written statements from two witnesses at yesterday’s hearing – a police statement, and an account from the care home manager Dawn Hamilton – before making their judgment.

“We took into account all of the relevant details and considered all the witness statements, which we found to be credible.

“The panel has noted the assaults were of a severe nature, and were very serious involving elderly dementia-suffering residents.

“All the allegations against the respondent were well-founded.”

The catalogue of assaults on the residents took place between October 2005 and March 2006.

In the most shocking of the assaults, Ednalan struck a 95-year-old man, who suffered from dementia and anxiety, on the back of the head with a towel.

When the elderly resident complained, Ednalan then proceeded to stuff a deodorant can into the man’s mouth, and then replaced it with five cleaning wipes.

He also grabbed a 76-year-old woman by the shoulders and shook her violently.

He was found guilty of handling an 86-year-old woman’s naked breasts, and brutally assaulting another female resident by touching her breasts through her clothes.

The tribunal heard the senior nurse also left seven residents in their dirty incontinence pads all day to “save time”.

All of Ednalan’s crimes were uncovered after worried staff at the care home reported him to the newly-appointed manager of the home.

Striking Ednalan from the nursing register, the panel stated: “We have considered this case very carefully and have decided to make a striking off order.

“The charges the registrant was convicted of caused serious harm to vulnerable and elderly people, and had the potential to harm resident’s mental health in the future.

“This repeated abuse is of a very serious nature.

“It is in the public interest, and to maintain public confidence in the nursing profession, that we have made this decision.”

An interim order of 18 months was placed against Ednalan in case of any appeal on his part.

The Filipino national was also handed a deportation order by the courts after he was sentenced in 2007.