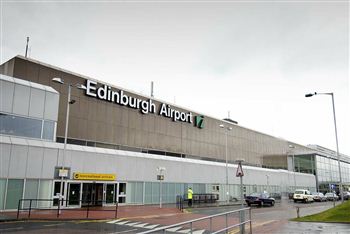 TWO airline workers have been suspended for sending passengers on the wrong flight.

A mix-up saw a team of Norwegian fishing bosses flying from Edinburgh airport to Stornoway instead of Shetland.

They were sent on the Loganair plane to Lewis despite not being on the passenger list and without boarding passes.

A head-count by the flight’s stewardess failed to discover the two extra passengers.

It wasn’t until the pair touched down in the Western isle that they realised they were 250 miles away from their intended destination.

An airport source said: “There are a lot of red faces about this.

“It’s totally unacceptable to have two passengers on a flight when they aren’t on the list.

“It’s a total security risk when people are flying on planes they’re not supposed to be on.

“The stewardess has been suspended and so has the ground worker at the gate who let them on.”

The two men flew back to Edinburgh on Wednesday – a wasted round trip of 520 miles.

They were put up in a hotel by Loganair, and then flown on to Shetland on Thursday morning.

A Loganair spokesperson said: “Two passengers did travel on the wrong aircraft.

“They returned to Edinburgh once the error had become apparent.

“Two members of staff have been suspended pending the outcome of a full investigation.

“We apologise sincerely to the two passengers who were inconvenienced.”