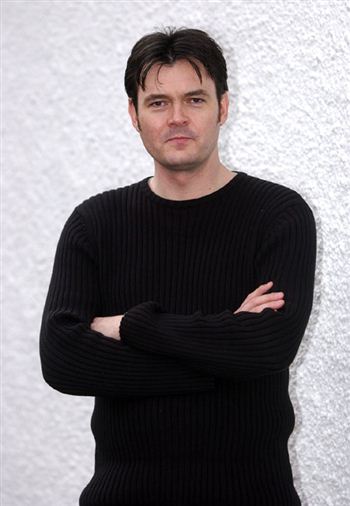 BIG-hearted Scottish TV star Grant Stott is training for the annual Glasgow Bikeathon in memory of his dead best pal.

The Forth One presenter is taking part in the 26-mile charity stunt to raise money to find a cure for leukaemia – the disease that killed best friend Moray Fotheringham.

The pair were inseparable after leaving school together, and Stott described the news of his friend’s death as like being “punched in the stomach”.

The ex-Scotsport host said: “We were all pals right through school, through marriages and children.

“All the guys stayed in touch. We were all at Moray’s wedding and he was over the moon when his little boy Harry arrived.

“Eight of us were saving £20 a month for a boys’ trip to Las Vegas for our 40th birthdays – but Moray never made it.”

Father-of-one Moray was working in Edinburgh for his family’s distribution firm with his wife and baby Harry in 2004 when he fell ill.

He was struck down with a chest infection after starting a gruelling course of chemotherapy, and died just two weeks later and before little Harry’s first birthday.

Stott said: “I just couldn’t believe it – leukaemia was a disease I associated with young children, not men in their 30s.

“We went to see him in the hospital after we found out, and he seemed quite nervous but upbeat.

His old school pals from James Gillespie’s High in Edinburgh still meet up every year on the anniversary of his death.

Dad-of-two Stott said that Moray would be happy to know they were helping others.

He said: “Anything we can do in our own little way for him, we’re going to do it.”