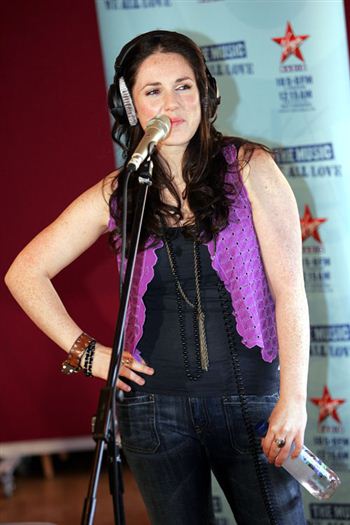 SCOTTISH singer Sandi Thom has been shamed into a public apology after offending an award-winning British composer.

Thom had to call celebrated musician and producer Nitin Swahney and say sorry for comments she made about him during an interview.

When discussing the influence of world music on her new album, she remarked that she “wasn’t going to come back sounding like Nitin Sawhney”.

Sawhney – who is one of the UK’s most respected and widely known arts patrons – took offence and called the Scots songstress shortly afterwards to demand an explanation.

The Scots songstress said: “Unfortunately I seem to have upset Nitin as he has been in direct contact with me.

“I have assured him that I have nothing but adoration for what he does and that I have always been a massive fan.

“This is just one of those unfortunate examples of a sentence coming out all wrong.”

Reports of the spat have come at the end of an eventful few months for Thom.

The singer-songwriter was forced to cancel the first show of her nationwide tour after the opening venue – Edinburgh’s Liquid Rooms – burned to the ground.

She was also recently forced to clarify her political views after she performed a duet with First Minister Alex Salmond and her image was found adorning SNP campaign literature.

A spokesman for Nitin Sawhney declined to comment on the matter.