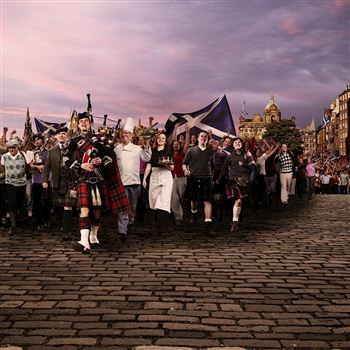 HOMECOMING Scotland 2009 is supposed to be a celebration of all things Scottish – unless you live in Dundee.

Hundreds of events have been organised all across Scotland as the country prepares to celebrate the 250th anniversary of Robert Burns’ birth, as well as Scots influence on world culture.

But any Dundonians wanting to discover the delights of Homecoming will have to travel because, so far, there is only one event planned for the whole of the city.

According to the Homecoming Scotland website the only event to be held in the City of Discovery is the Dundee and Angus Roots Festival – an event which is already established in its own right.

And things get even worse for the Angus area as a whole – as the only other event planned is a golf tournament in Carnoustie for blind and partially-sighted golfers.

But Homecoming organisers are laying the blame with Dundonians themselves, as the Roots Festival was the only event to apply for funds.

However, Marlyn Glen, Labour MSP for north east Scotland, has claimed the fault lies with the current SNP administration who should have taken a far more hands-on approach in co-ordinating the events in the city.

She said: “The objectives of the Homecoming include the boosting of the local economy, and how that achievement can be sustained for the future.

“With just two Homecoming-themed events taking place in Dundee and Angus, these objectives will simply not be achieved.”

The Homecoming celebrations were originally planned by the Labour-led Scottish Executive, but control of events fell to the SNP when they took office in 2007.

Jim McGovern, Labour MP for Dundee West, said: “I don’t know a lot about Homecoming Scotland, but it seems to me that ever since the SNP took power Dundee has been ignored, and this is just a perfect example of that.”

But Homecoming organisers say there is still time for Dundee events to advertise under the Homecoming banner – even though there is no money left in the pot to help them.

A spokeswoman for Homecoming Scotland 2009 said: “We are still encouraging events to come forward even though the deadline for funding has now passed.

“They can still apply to be part of the programme and advertise on the website.

“The Angus and Dundee Roots Festival was the only event to apply for funds from us but there are other activities like Doors Open Day which will affect Dundee.”

In comparison, Scotland’s other three main cities have a packed itinerary of Homecoming celebrations.

Edinburgh has a whopping 54 events taking place, Glasgow has 31 and Aberdeen are to host 11.