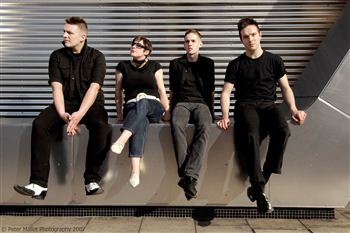 THE GLITZY Brit Awards have turned their noses up at Scottish artists despite a stellar year for Scottish music.

Not a single Scottish act was nominated in any of the Brits’ fourteen categories, even though groups such as Glasvegas attracted both critical praise and massive album sales.

Other acts out of the running include The Fratellis, Paolo Nutini and Bishopbriggs singer Amy MacDonald, who sold over two million copies of her debut album This Is The Life.

Promoter Dave Corbert, of DF Concerts, said he was gobsmacked that Glasvegas haven’t been nominated.

He said: “It is very surprising Glasvegas haven’t been nominated, considering they released a challenging album and are one of the best new acts around.”

The angsty Dalmarnock quartet picked up high praise and a clutch of awards from magazines such as NME and Q, and their debut album sold 56,000 copies in its first week.

But Mr Corbert said that he doesn’t think the awards snub should worry Scots music fans.

He said: “Scottish music is as strong as it’s ever been, and it’s the public who decide how good acts really are, not an awards team.

“People are coming to see the likes of Glasvegas, Franz Ferdinand and Biffy Clyro in large numbers.”