Neighbours want Jolanta murder flat to be ‘razed to the ground’ 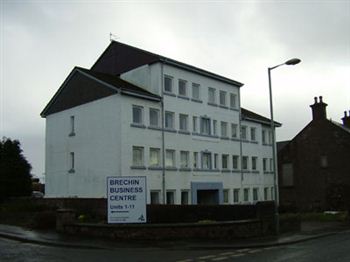 THE FLAT where tragic migrant worker Jolanta Bledaite was brutally murdered should be razed, according to her former neighbours.

Residents say that they want to rid Angus of any reminders of “the most chilling episode in our community’s history”.

Brechin Community Council instead wants to erect a memorial for the murdered Lithuanian.

The group’s call for demolition comes in the wake of the conviction her cold-blooded killers, who butchered Jolanta for her savings and threw her mutilated remains into the sea.

Douglas Murray, council convener, said that he would be appealing to local authorities to raise cash for the demolition, and was willing to take the fight all the way to Holyrood.

He said: “The flats leave a lasting and distasteful scar on the city of Brechin.

“We should have a permanent memorial to the young woman who lost her life in such a disturbing manner.”

A spokesman for Angus Council declined to comment on the plans, saying that it was “too soon” to issue a statement.

A memorial service has already been held in Arbroath, where the 35-year-old farm worker’s chopped-up remains were dumped into the sea.

Killers Aleksandras Skirda, 19, and Vitas Plytnykas, 41, murdered the Lithuanian as part of a plot to steal her £10,000 savings.

But their perfect crime fell apart when the remains washed up on a beach and were found by children.

He said: “Jolanta’s adopted home should do something that acts as a permanent reminder of the positive influence played by the migrant workforce in our community.”

“I would like to see the cash being offered so that Earlsdon House can be razed to the ground as soon as possible.”