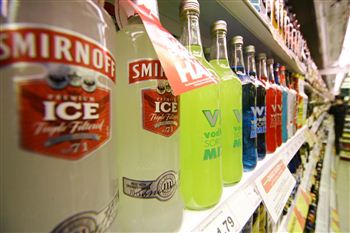 SCOTLAND’S addiction to booze is killing twice as many men and women as ten years ago, a shocking new study has found.

Scientists from Glasgow University working with the Medical Research Council found that almost 1,500 men and women die every year because of alcohol abuse.

The findings come following the revelation that Scotland is the eighth largest consumer of alcohol in the world, drinking almost 50 million litres of pure alcohol a year.

This is equivalent to every single adult in Scotland exceeding the safe weekly limits for alcohol consumption.

“It is interesting that the areas in which alcohol-related deaths are a particular problem are largely the same for men and women.

“The results suggest to us that both men and women are vulnerable to the social, economic and cultural pressures which can make people drink too much.”

The study found that death rates varied considerably throughout Scotland, with Glasgow and Holyrood, Edinburgh among the worst affected.

Dr Mitchell added: “Most of the areas with very high alcohol-related death rates are found in Greater Glasgow.

“However, rural areas in the Highlands also featured in our ‘top 25’ – that is the 25 areas with the highest death rates for men and women.”

Scotland has one of the highest death rates due to cirrhosis of the liver in Western Europe, and it was revealed last month that more Scots are admitted to hospital for alcohol abuse than any other reason.

MSPs have not ruled out introducing drastic measures similar to the 2006 smoking ban, which saw smoking banned in all public places by the Scottish Executive.

Shona Robinson, minister for public health, said that she was preparing to outline radical new measures to tackle the problem.

She said: “We have consulted on a radical package that will rebalance our country’s relationship with alcohol and outline the way forward.

“Health experts are now agreed that alcohol misuse is now the most pressing public health issue facing Scotland, and we have to get to grips with it.

“Deluding ourselves that over-consumption of alcohol is consequence-free is no longer an option.”