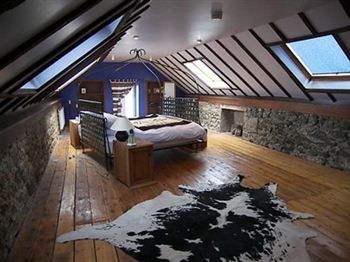 SCOTS TV presenter Carol Smillie is hoping to cash in on her very own Postcode Challenge.

The former Changing Rooms star is renting out her Ayrshire beach house – for a whopping £20 grand a week.

The incredible price tag has been put on the home because of its close proximity to Turnberry Golf Club – the venue of this year’s Open Championship.

Smillie, 47, is hoping a mega-rich golf fan will snap up the property in time for the most prestigious golf tournament in the world.

The 138th Open Championship will take place mid-July, and situated just one mile from the famous course’s clubhouse Miss Smillie’s converted boathouse is easily expected to reach the £2,850 per day asking price.

The astounding price for the four-bedroom detached property rivals some of the world’s top hotels.

Ardlochan Boathouse was originally built as a Lifeboat Station and constructed by the Marquis of Ailsa in the mid 1800s, and after being was subsequently extended it went on to be used by Girvan Sailing Club. 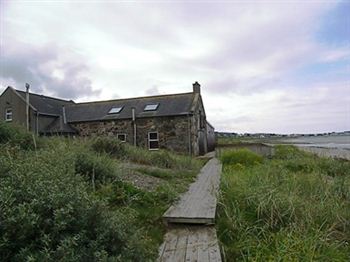 Outside in the private grounds there is a natural beach garden with gangplank walkway out to the beach, and to the side of the house there is a car park area with room enough for six vehicles.

The home’s interior is a mix of the traditional and modern, with exposed brick walls and beautifully varnished wooden floors.

Its farmhouse-style kitchen holds a fashionable Aga and a wooden breakfast table with bench seating.

And the main bedroom looks like something Laurence Llewelyn-Bowen would have been proud of designing.

Miss Smillie and her restaurateur husband Alex Knight have installed a Cinderella-style metal carriage bed, which is just s few steps from a balcony that commands a stunning panoramic sea view.

According to letting agent’s CKD Galbraith’s website, the property is still available for rent and the firm confirmed it had a weekly rental of “probably around £20,000”.

A member of staff at the letting agent’s said: “It is a beautiful, stunning property appealing to anyone of good taste.

“It used to be an old boathouse and has got a slightly beachy theme, but it has been beautifully done.”

Miss Smillie uses the Ayrshire property as a holiday home, and has her main residence in a leafy Glasgow suburb.

She is married to restaurant owner Alex Knight, and the couple have three children Christie, 13, Robbie, ten, and Jodie, eight.