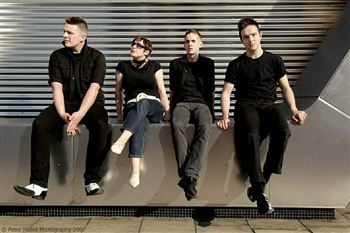 A TOP Scottish music venue which helped propel Glasvegas and The View to stardom has been forced to close its doors – amid rumours the demolition work next door has caused structural damage.

Glasgow’s Barfly closed down last week, and the cracks that have appeared on walls within the building might be the cause of the closure.

The venue played host to many household names over the years such as the Arctic Monkeys, Bloc Party and The Libertines.

And Scots bands Glasvegas and The View were handed support slots at the iconic venue when they were virtual unknowns.

Barfly first opened its doors in 2002, but the popular venue now lies dark and deserted after its sudden closure.

Scheduled gigs have now either been scrapped or relocated to other city venues, including Ivory Blacks and the Cathouse.

The club’s answering machine simply states: “Glasgow Barfly is no longer trading” and refers callers to a website or by phone to the London head office.

A spokesperson at the head office for the Mama Group plc, who run the Barfly network of venues across Britain, yesterday refused to answer any questions regarding the sudden closure.

A spokeswoman added: “Some shows have been cancelled that we weren’t able to reschedule elsewhere, and others have been rescheduled – it’s an ongoing process at the moment.”

Barfly took over the Clyde Street premises from the 13th Note club in 2002, after it and its sister cafe-bar in King Street ran into financial difficulties.

He said: “I also caught The View there in 2006 – the place was crammed and everyone was going wild as soon as they appeared. You knew they were certain to go on to bigger things, so it was great seeing them in such a small, intimate venue.

And King Tut’s employee Craig McGee, once a regular at Barfly’s Funhouse club night, described the venue as an “institution for a few years for most of the Glasgow clubbers, indie kids and band.”

It is thought a structural fault in the building may have been part of the reason for the closure.

A city council spokesman said officers from the building control team made a couple of visits to Barfly last summer, where some cracks in the building were noticed.