A STUDENT has claimed he was coerced into stealing a £35,000 car from a rental firm by a notorious Asian family. 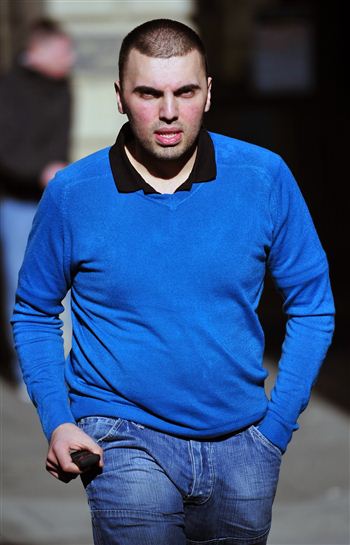 But Hamayun claims that minutes after he collected the top of the line car from the Edinburgh business it was taken from him by two notorious twins from Glasgow.

And, he claimed, after helping police track down those who forced him to carry out the fraud, he was kidnapped as a punishment.

At Edinburgh Sheriff Court he admitted a £36,857 fraud.

Fiscal depute John Kirk told the court that Hamayun had also been convicted of similar offences from around the same time in both Glasgow and Aberdeen.

He added that Hamayun had already been sentenced to eight months at Glasgow Sheriff Court last year.

Mr Kirk told the court how the car was never returned to Go Geta Car Rental and extensions to the hire period by phone, again using false credit card details.

He said: “The panel phoned-up a car hire firm pretending to be somebody else. He used falsely obtained credit card details.

“He attended at the firm and used a driving licence in a false name which had been altered to include a photograph of himself.

“He obtained the car, valued at £35,000 and there were subsequent extensions of the hire made by phone again using feloniously obtained credit card details.”

Mr Kirk said the car was never recovered and the hire fees amounted to a further £1,858.12.

Hamayun, currently a student at the University of Paisley, claimed he was threatened into the theft and did not make any money out of it himself.

His solicitor, Liam Robertson, said: “In October 2007 he became embroiled with a notorious Asian family from the south side of Glasgow.

“He was told in no uncertain terms by this family to do what he did, he did not receive any financial incentive and he received no financial reward.”

Mr Robertson said that Hamayun was kidnapped after he gave evidence to the police over the family.

He said: “He gave the police a lengthy statement implicating others. He was kidnapped for a number of days.”

Mr Robertson added that in the Aberdeen and Glasgow cases the cars were returned to the hire firms.

He was bailed and will return to court in April.