Annie Lennox lashes out at X-Factor 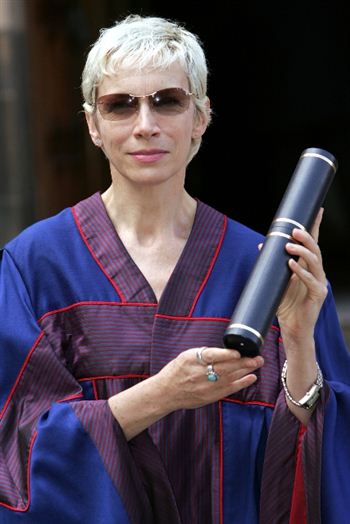 SCOTTISH pop queen Annie Lennox has lashed out at the current trend of music reality shows.

Branding the X-Factor format “very formulaic”, she questioned Simon Cowell’s right to decide what the next big thing should be.

She said: “”I really hate that people love the person who is painfully bad at what they’re doing – it’s hilarious but cruel.

“Who are they? What do they know?”

The former Eurhythmics singer is also one of Cowell’s former clients.

The ill-tempered X-Factor judge managed her “before anybody was anybody”, according to the singer.

She added: “They’ve got this panel of judges and they’re supposed to be the God Almighty that determines what is and isn’t good.

Lennox, born in Aberdeen, has been vocal in her criticism of Pop Idol-style television before.

In a 2005 interview, the Oscar-winning singer attacked the “humiliation factor” of the shows.

The 54-year-old said: “I don’t watch it because I cannot bear to see people humiliated – it could be your daughter or your son out there.

“There must be a whole generation of kids who have lost so much of their self-esteem just from going through an endurance test like that.”