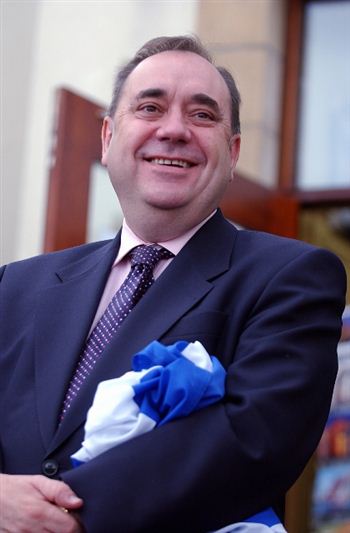 SCOTS celebrities are having their identities hijacked on the trendy social networking site Twitter.

Alex Salmond, Duncan Bannatyne and Doctor Who star David Tennant have all had accounts falsely set up in their names.

Tennant is the latest figure to be lampooned, with regular updates portraying him as a big-headed sex god.

Named “The REAL David Tennant”, the fake doc has been boasting to fans of his fame and sexual prowess.

The online impersonator has since been outed as Lisa Valentine after receiving a warning from bosses at the BBC.

She said: “I made David into an egotistical womanising character obsessed with his own status from Doctor Who.

“I’ve been getting requests for autographs and to say hello to people’s sons.”

“I made the entries more and more ridiculous – surely people are not going to believe he goes to McDonald’s in a kilt?”

Scotland’s First Minister has also been a victim of the high-tech spoof.

One of the most recent entries says: “Can’t stop watching youtube videos of myself – what a stallion.”

Biz Stone, Twitter co-founder, said: “We do allow parody, but if it’s not clear and there is some confusion, we do get involved.”

However the account was revealed to be fake and was removed by Twitter, despite having attracted hundreds of followers.

Many Scots celebrities do have genuine Twitter accounts that they use to keep in touch with fans.

Ewan MacGregor and tennis star Andy Murray both use the site – and have over 30,000 followers between them.