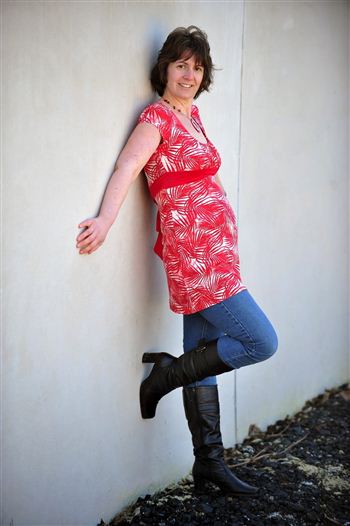 A YOUNG mum who piled on the pounds after taking steroids to fight a brain tumour has shed an amazing seven stones in just under a year.

Lauren Cruickshank, 30, was diagnosed with the growth on her brain stem at the tender age of 18, but following successful surgery she has now been given the all-clear.

But in the weeks after her operation the mum-of-two ballooned from a trim 11-stone to a whopping 18-stone.

Lauren, from Cowdenbeath, Fife, went from a size 10 dress size to a size 20 within two weeks of leaving the hospital.

And over the next decade, the Scot battled against the bulge by sporadic dieting – but nothing seemed to shift the excess weight.

But, on her 29th birthday last year Lauren decide to take drastic action and alter her whole lifestyle.

She joined her local Weightwatchers class, began to exercise a lot more and ate nothing but low-calorie foods.

She said: “I first joined a slimming club a few years after all the weight went on, and I lost around 3 stone right away.

“But, I then fell pregnant twice within three years and that was that – I just accepted that I was going to be that size.

“But on my 29th birthday I was all dressed up and I looked at myself in the mirror – I felt so despondent I said to myself that ‘enough was enough’.

“The next day I tried to squeeze into a size 18 pair of joggers and could hardly get into them.

“It really was time for some life-changing action.” 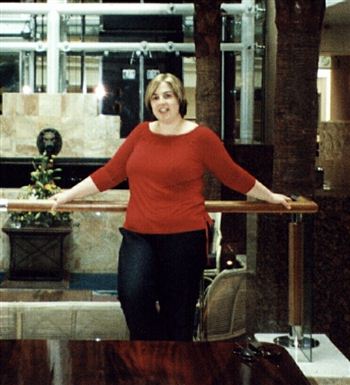 Lauren drastically changed her diet and cut out all the fatty foods she gorged on at the time such as crisps, cream cakes and biscuits.

And within 11 months, Lauren was down to a remarkable 11 stone.

She said: “I’ve changed my diet completely and feel all the better for it. But, the thing is, is that I still eat as much today, but now all I have is the low-fat options instead.

“And, of course, I eat a lot more vegetables and fruit which is something I didn’t do before.

“I feel absolutely amazing now and I can do so much more with the kids. Before I just used to make excuses about not doing anything strenuous, but now there’s no stopping me.”

In 1997, the now-healthy mum was given just 6 months to live after surgeons found the abnormal growth on her brain.

And after surviving the dangerous operation, and completing a six-week daily course of radiotherapy, Lauren was told she had beaten the tumour.

Surgeons revealed that the Fife woman is only the second person in Western Europe to have contracted such a tumour.

Lauren said: “It was a huge shock for me to be diagnosed with the brain tumour. I was only 18 and the news hit me really hard.

“My mum and dad were on a holiday to the Far East to celebrate their Silver wedding anniversary and I had to call them and tell them the news. They rushed home immediately after the call.

“I had been unwell for a while, but didn’t really expect to be told that I had a brain tumour.

“Luckily everything went smoothly, and although there is still a bit of it left, I’ve been told it is benign so there’s no problem.

“My weight just ballooned when I started on the steroids. It seems incredible but I went up about four stones in just over a fortnight.”

“I know it’s a cliché but I feel wonderful, and I still get a kick when people I know well walk past me in the street.

“The look on their faces when they realise it’s me is worth all the effort it took to lose the weight.”