AN ANIMAL care worker has admitted the sickening neglect of her own dog while she worked at a cat and dog home.

A five-year-old dog, Ty, was also found in her filthy Edinburgh home after an anonymous call alerted the authorities to the neglect.

Police officers who found the animals said the scene they were presented with was like that usually seen when a body has lain dead for weeks.

Caldwell is currently suspended on full pay from the Edinburgh Dog and Cat Home and at Edinburgh Sheriff Court she admitted neglecting Max.

It was accepted by the Crown that she had not neglected Ty.

Caldwell was banned from keeping animals until her sentence next month where she could face a lengthy ban.

Fiscal depute Neil Allan told the court how Lothian and Borders Police were called on January 10 this year by a member of the public who was worried about the dog’s howling.

Mr Allan said: “An officer looked through the letter box and was overcome with a pungent smell. There was obviously concern about the welfare of the dog and dog handlers were called.”

Caldwell’s door was forced in and horrified dog handlers found the pitiful pets among an “astonishing quantity” of dog faeces. 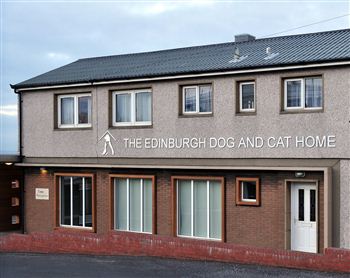 A neighbour later told police that Caldwell worked at the Edinburgh Dog and Cat Home based in Seafield and had been leaving the dogs through the day while she worked between 8am and 4.30pm.

When interviewed Caldwell claimed she had been relying on her boyfriend Steven to look after the dogs through the day.

He said that Caldwell – a first offender – had bought a £70 cage from the Acorn Pet Centre after becoming worried that he was aggressive towards Ty.

And, he said, after walking and feeding the two animals before work, she had paid her boyfriend to tend to them while she away – this, Mr Roy said, clearly had not happened.

Mr Roy added that although she was not cleaning the house of the animal’s mess, she had still been living with them.

The animals were seized by the SSPCA who are keeping them pending the outcome of Caldwell’s case.

Mr Allan said that staff at the SPCA had described the younger dog as “sociopathic” and doubted that he had ever been on a lead.

He added: “They also said he did not understand how to eat from a bowl.”

Sheriff Celia Sanderson said she would consider banning Caldwell from keeping pets when she is sentenced next month.

She said: “This is a very serious matter. The fact that you were employed by the Edinburgh Dog and Cat Home almost renders me speechless.”

Caldwell was bailed but is not allowed to keep animals in the meantime.