Edinburgh’s first ever hotel gets a facelift, re-opens doors 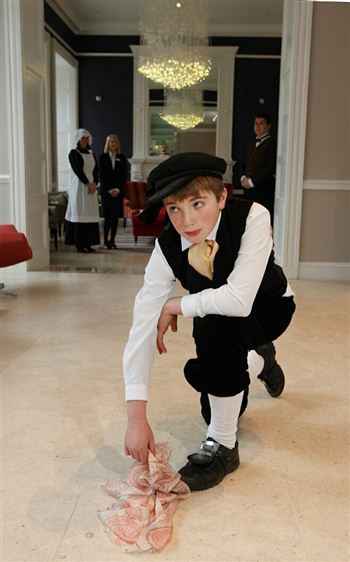 EDINBURGH’S first ever hotel is set to re-open its doors following an extensive modern makeover.

The Apex Waterloo Hotel opens today, 190 years after the building was unveiled as Edinburgh’s first ever purpose-built hotel.

Originally known as the Waterloo Hotel, the 187-bedroom building has played a key role in Edinburgh’s cultural history, hosting a number of famous guests over the years – including Charles Dickens.

Although many of the hotel’s features would be familiar to historical guests, the Grade-A listed building now features a luxury health suite and business facilities.

Despite this first-class upgrade, many of the hotel’s original fixtures remain, including swanky reception rooms and classic Georgian architecture.

Alan Harbisher, manager of the new hotel, said: “This has been a fantastic project to be a part of, and it has been great working with the architects and builders to help breathe life back into this stunning building.

“The opening has also provided us with a great opportunity to recruit and develop a new team who will be dedicated to maintaining our reputation for excellence in service.”

Research commissioned by the hotel’s owners has also unearthed fascinating information about the building’s history.

As well as hosting Victorian writer Dickens, the hotel was visited in 1834 by the 2nd Earl Grey, the nineteenth-century Prime Minister who passed the Great Reform Act and abolished slavery.

The findings also provided an insight into what life was like in 19th century Edinburgh.

One example is the story of Alexander Smith who, aged 13, stole a silk handkerchief from the foyer of the Waterloo Hotel and was sentenced to seven years in the colonies.

The historic opening is the first Apex Hotels Group project of 2009, which looks set to be a busy year for the Edinburgh-based company.

Angela Vickers, managing director of Apex Hotels Group, said: “The opening of our new premises at the Waterloo Place is not only another big step forward for our company, it is also of great historical significance for the city of Edinburgh.

“We have invested £30m in this landmark building which will undoubtedly add great value to our portfolio and, most important, will help to revitalise this key area of the city centre.”

The group – who are offering special rates on rooms until the end of April – are opening two more hotels this year in London and Edinburgh.