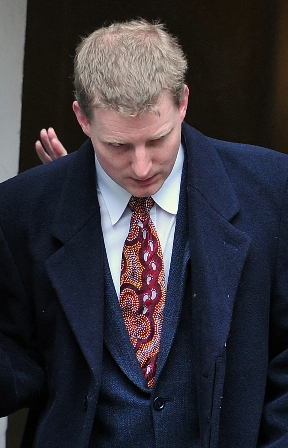 A SLEAZY teacher at one of Scotland’s top fee-paying schools has been caught watching pornography websites – while he was teaching a class of 13 year-olds.

The science teacher also took a memory stick containing pornographic images from his home to use on school computers during class time.

But the father-of-five denied trying to disguise his online behaviour from the school’s IT staff by using anonymiser websites in an attempt to mask his web history.

He even tried blaming his vile acts on his wife’s post-natal depression.

The incidents took place over the period of one week in February 2007, and were discovered by the College’s IT department after Dobson showed high-levels of web activity.

Yesterday (Mon 16/03), the disgraced teacher appeared before a sub-committee of the General Teaching Council Scotland (GTCS) in Edinburgh, and received a reprimand which will stay on his teaching record for five years.

But, anti-pornography campaigners have slammed the decision calling it “shocking” and “disappointing”.

Dobson, who represented himself at the GTCS hearing, admitted the charges of using the school system to access pornography, but, in mitigation, blamed his conduct on depression.

He said: “I’d like to accept the facts of the case and apologise for my actions. After moving to Aberdeenshire we continually struggled with debt that caused great distress on my marriage.

“After having our latest baby, my wife suffered from post-natal depression and I had to deal with telephone calls from her every day while I was at work.

“I received two written warnings about my attendance due to looking after my wife.

“I was stressed and needed help. I hated myself. I hurt no-one but myself and my family, and there were no child protection issues.” 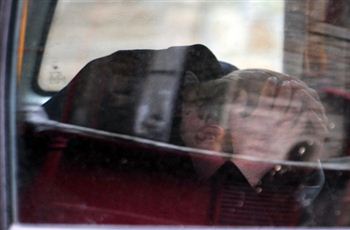 The physics teacher is said to have accessed the pornographic images while teaching youngsters in S1 and S6 classes.

Dobson is then said to have used anonimiser websites which are designed to make activity on websites untraceable.

He said: “I wasn’t trying to hide my behaviour, and I believe I, subconsciously, was trying to get caught.

“I now feel the whole thing was a form of self-harm. I was not being professional, I was going through a nervous breakdown.”

Gordon Crosher, head of the Robert Gordon’s IT department, had a disciplinary meeting with Dobson in 2007 to air his concerns about the science teacher’s “high ranks of surfing” and the “excessive number of sites” he had visited.

The college’s Network Manager had also noticed Dobson’s web history contained several hundred Google hits with phrases such as “babe picture”, and that downloaded female images had been categorised into separate folders with titles such as “hard core”.

And on February 5 2007 Dobson was hauled into a meeting with the school’s Head of College Hugh Ouston where he did not deny any of the allegations against him.

During the meeting it is claimed Dobson’s only worries were if he was dismissed would he still receive a reference from the school, and how would the information be communicated to his family.

He was instantly dismissed from his position at the top school.

In issuing the official reprimand Tom Kirk, chair of the panel, said: “Both charges have been proved and considering the nature of the charges the standards fall short of what is expected of a teacher.

“The public interest would not be met with your removal from the teaching register. It was a finely balanced decision and any further examples of this conduct will see harsher actions being taken.”

Dobson was employed as a physics teacher at Robert Gordon’s and worked beside six other members of staff in the department.

Liz Smith, Conservative Education Minister, said: “The GTC have been very careful to adhere to the correct procedures, and this is a very serious charge.

“It looks to me that Robert Gordon’s College has taken the correct decision, and it would seem he will find it difficult to find another job.

“This is not something parents and pupils should accept at a school such as Robert Gordon’s.”

And Lewis MacDonald, Labour MSP for Aberdeen Central, said: “It is extremely important that young people are protected from this sort of thing.”

A spokesperson for the College said: “Robert Gordon’s College can confirm that Dr Dobson worked as a teacher at the school from August 2006 to February 2007.”

“Pornography in and of itself is harmful – it sexualises harm, violence and power with those most directly affected tending to be women and children.  It is shocking that the GTC issued only a reprimand to this member of staff, when in other employment sectors, it would be the grounds for dismissal.

“The fact that this teacher accessed pornography whilst working in a classroom setting would suggest that its easy accessibility is being exploited and may be an issue again in the future.”