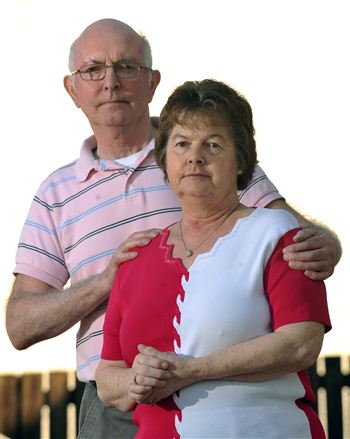 A GRIEVING family have slammed callous nursing home bosses after a final demand for the care of a relative landed on their doorstep – on the day if his funeral.

William Hillhouse, 96, passed away in February after spending his last few months in a hospital and had not stayed at the care home for seven months.

But on the day of his funeral, shocked daughter, Cathie Henderson, 69, was left in tears after receiving a “threatening” letter demanding the final payment for his care.

Mrs Henderson, from Prestonpans, East Lothian, is now demanding an apology for the gaffe from Southern Cross Healthcare, the owners of Drummohr Nursing Home in Wallyford.

The Henderson’s were left embarrassed in front of other family members after opening the demand as they arrived home after burying Mr Hillhouse.

The grandmother-of-five is still angry as the home’s management has failed to get in touch to apologise.

She said: “I’m absolutely disgusted by the way we have been treated. I couldn’t believe my eyes when we got home after laying my dad to rest and found a final demand had been delivered.

“I’ve never missed a payment to the home in my life, and it was so embarrassing to open that letter in front of my family.

“My dad hasn’t stayed at the home for the last seven months and has been in hospital all this time.

“I’ve got no problems paying what I owe, but surely it doesn’t take seven months to get round to billing me.

“And to receive the final demand letter on the very day I bury my dad, when I have never received any correspondence from them before, is just shocking.

“To make matters worse, the letter is, in my opinion, quite threatening in its language.” 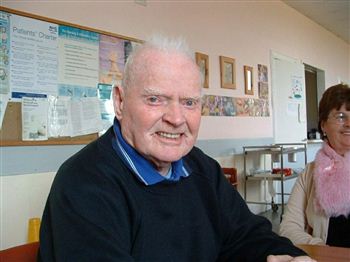 The letter, dated March 16, asks for payment within seven days to avoid “your file being passed to our credit control department”.

The demand goes on to state in bold that “it is in your best interest to respond to this letter”.

Up to date with payment

Mr Hillhouse had been a resident in the 60-bed care home until last August, when he was transferred to Edinburgh’s Western General Hospital after suffering a massive stroke.

Mrs Henderson says her husband Alex, 70, kept the care home informed of the situation and made what he thought was the last payment on October 9.

He then told staff on November 2 that Mr Hillhouse would not be coming back to the home after it became apparent the elderly man would not be well enough to return.

The couple claim to have received no contact from the nursing home until the day of the funeral.

Mrs Henderson said: “We thought we were up to date with all the payments because we paid the bill religiously every month.

“But to receive it on that day of all days is very insensitive. To make matters worse they have never even offered us a personal apology.

“It’s not much to ask really.”

A spokesperson for Southern Cross Healthcare Group said: “It is correct that there was an outstanding payment on the account and it was a legitimate invoice.

“Mr Hillhouse had left the home in August 2008 and part of the bill had not been paid.

“The care home were told in October last year would not be returning – the home was a bit slow in getting the final bill to them.

“They did not know that the former resident had died. Unfortunately the invoice was put through their letter box on the day of the funeral.

“They apologise to the family for this inconvenience.”