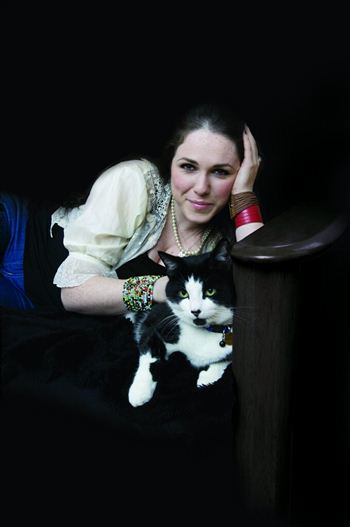 THE PET detective leading the hunt for Scots pop star Sandi Thom’s beloved cat has admitted the chances of finding her are fading fast.

But the star is still clinging to hope that her pet will show, ringing up a potentially huge phone bill calling from Texas for daily updates.

Sandi’s black and white moggy Toots has been missing since February 27, but despite employing Britain’s leading animal search team the puss is still missing.

Toots disappeared from Sandi’s parents’ home in Edzell, near Brechin, and after a widespread leaflet and poster campaign there have still been no official sightings.

Sandi, 27, currently starring at the SXSW festival in Austin, Texas, is said to be “devastated” the six year-old cat has not been found. 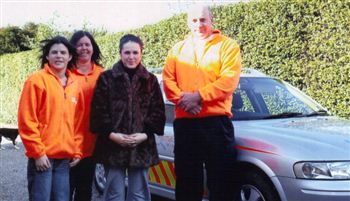 Former-police officer-turned-pet-detective Tom Watkins said: “We travelled up to Scotland a couple of weeks ago after being contacted by Sandi. It’s a long way to travel but we will do almost anything to find the animal after being employed.

“We’ve put up 50 posters and distributed 500 leaflets, but also contacted local rambling and canoeing clubs as well as the local police.

“But, there is till no sign of Toots. Unfortunately, after about three weeks we tend to find the chances of finding a missing pet gets slimmer by the day.

“That said we won’t give up on our search, and I’ve seen many cases where the pet turns up months later. We can only hope.”

The Punk Rocker singer also made an impassioned plea on her Myspace blog asking fans to “pray that I find her”.

Josephine Thom, Sandi’s mum, said: “It’s been three weeks now and as each day goes by it seems less likely we’ll find her.

“Sandi has been calling from Texas almost every day, but we’ve still not had any good news.

“It’s really eating away at her, and it doesn’t help she is halfway around the world just now.”

The Homecoming Scotland star has shelled out a small fortune for a specialised animal search team to travel 450 miles from their base in Herefordshire.

Sandi paid for the three-man team’s fuel and for a night’s accommodation at a local hotel in her attempt to find her much-loved pet.

The chart-topping star is currently representing Scotland at this year’s SXSW festival, but is upset at not being invited to perform at the official Scottish showcase by the Scottish Arts Council.

Sandi is said to be “hurt” and “upset” at the snub.

Designed to promote the country’s music scene, the prestigious SAC event will see performances by lesser-known Scottish acts such Camera Obscura, Found and The Pictish Trail.

Celebrities help musician with cancer to raise over £18k