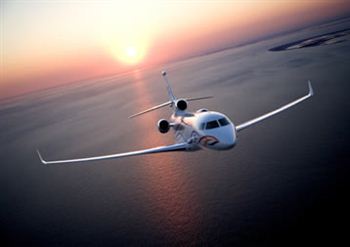 AN RBS plan to fly their fat cat executives around in a £31 million luxury jet has crash landed.

Sir Fred Goodwin was behind the plan for bankers to live the jet-set lifestyle, ordering custom-stitched seats and on-board drinks machines.

But the order was cancelled when the Government was forced to bail the bank out and a shamed Sir Fred to quit.

The Falcon 7X corporate jet was close to completion and due to be flown into Scotland later this year, only for a cost cutting review to force bosses to pull the plug.

It came with deep-pile carpeting, hand-stitched leather seats and the choice to have company logos embossed throughout the cabin, as well as blast-proof windows, refrigerators and an icemaker.

Based on the specifications of a jet fighter, the Falcon 7X can fly from London to Tokyo or Los Angeles without refuelling at a top speed of 560mph.

An RBS source said: “Sir Fred wanted the top executives to use the jet because they thought it would be the quickest way to get around.

“Senior management were all for it until the bail-out in October – it wouldn’t have looked good to be flying around in private planes on tax payer’s money.

“Stephen Hester made the decision to scrap the plane order as soon as he came in, fully aware of the public perception of banker’s perks.”

One of Mr Hester’s main aims is to scrap the culture of excess associated with the bank and recently got rid of the £17 million Falcon 900EX private jet that flew Sir Fred around the world. 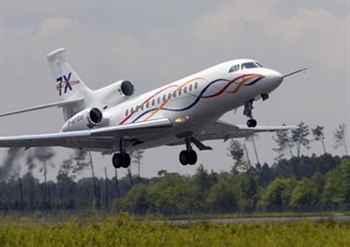 The bank, now 70 per-cent owned by the taxpayer, is hunting for another firm to sell the jet to, in the hope a profit can be made.

An RBS spokeswoman said: “Our new CEO decided to dispose of the corporate jet immediately on taking on the role and we are currently in the market looking for a buyer.

“We had considered replacing the jet previously but had already decided not to proceed with that.”

The cancellation of the jet was revealed by the manufacturer Dassault Aviation, when it reported its annual results.

The French company’s sales fell sharply as the number of companies scrapping their orders outweighed those signing up for new jets.

And RBS aren’t the only bankers flogging their planes, as US banking conglomerate Citigroup have also cancelled orders for three Falcon 7X jets.