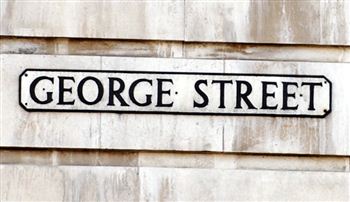 Elliot, 21, suffered an injury to his jaw in the incident which happened on Saturday night.

Officers from Lothian and Borders Police were called to George Street late on Saturday evening as the clubs and bars were emptying.

Twenty-two year old striker Elliot was taken to Edinburgh Royal Infirmary to received an x-ray and treatment to his jaw, but was later released.

It’s understood he has since been examined by club doctors.

McCormack, 20, was taken to a police station in the city where he was charged and released pending a report to the Procurator Fiscal.

Both men play for the Scotland under-21 team.

McCormack signed a five-year deal to stay with Hibs last year despite being targeted by Celtic.

Elliot signed for Hearts in 2004, having played with their youth initiative and is a lifelong Jambos fan.

A spokesman for Lothian and Borders police confirmed: “A 20-year-old man has been charged in connection with an alleged assault following an incident in George Street, Edinburgh, on Saturday.

“He has been reported to the Procurator and released.”