A DAUGHTER threw a coffee table from the window of a high-rise flat during a furious bust-up with her mum. 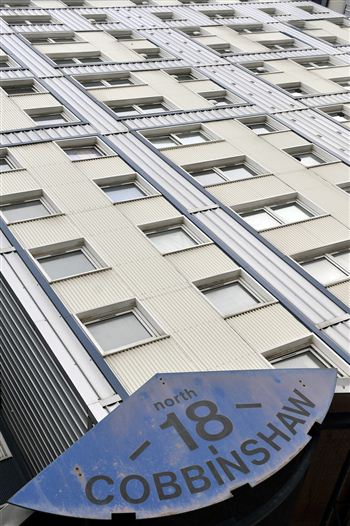 Tiffany Patterson, 20, launched the furniture from her Edinburgh home, sending it smashing onto the pavement below.

Two shocked police officers who happened to be passing saw the table land just yards away from where they were walking and soon found which flat it had come from.

Patterson said she threw the table to vent her anger after getting into an argument with her mother over her disabled sister.

Fiscal depute Melanie Ward told the court how Patterson and her mum fell out in the early hours of the morning on February 20.

She said: “The accused was having an argument with her mother and at one point during this argument she punched the window.

“She then picked up a coffee table and threw it out the window.”

Miss Ward said the two officers happened to be on duty at Calder Gardens and witnessed the table smashing onto the pavement outside the high-rise building.

She said: “She was traced to the address and she said ‘I didn’t want to hit my mother so I threw it out the window’.”

Patterson’s solicitor, Sandra Walker, said her client had grown up in care because of her mum’s drug and alcohol problems.

Miss Walker added that since a difficult adolescence Patterson had stayed clear of trouble for some time but lost her temper during a visit by her mum.

She said: “Miss Paterson has a disabled sister who is also mentally disabled. Her mother was shouting at the sister and telling her she wished she had never been born and hit her.

“Miss Patterson intervened and there was an altercation.”

Miss Walker said Patterson lost her temper and threw the table out of the window in a bid to cool her temper but added that her client accepted she was wrong.

She said: “Nobody was injured and she appreciates that she was very lucky in that regard.

“It was a build-up of years of frustration with regard to her mother.”

Miss Walker said before the incident occurred Patterson had told her doctor that she was struggling to cope and had asked for anger management classes but was locked-up over this incident before she could attend.

She said since the bust-up her client had not been in touch with her mum and did not intend to contact her when released.

Sheriff Kathrine Mackie deferred sentence for reports and Patterson will return to court next month.

She was granted bail.