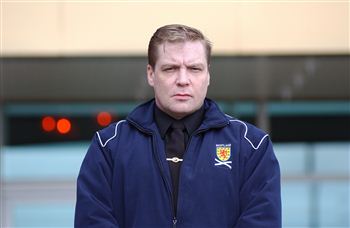 THE MP who campaigned to free death row Scot Kenny Richey is travelling to Japan to discuss the country’s growing use of the death penalty.

Liberal Democrat MP Alistair Carmichael visited Richey while he was facing execution in an American jail – where he spent 21 years on death row.

Now, the MP for Orkney and Shetland is meeting the sister of a Japanese man who has been threatened with the death penalty for 41 years.

The jailed man – Hakamada Iwao – is a former Japanese professional boxer who convicted of the murder of a family in 1966.

He has petitioned for a retrial three times, most recently in March 2008, but now suffers from mental illness after spending 28 years in solitary confinement.

Alistair Carmichael said he felt just as strongly about this case as he did in his battle for Kenny Richey’s freedom.

Mr Carmichael said: “For many years I was active in the campaign for justice for Kenny Richey, who spent 20 years on death row before finally returning home to Scotland last year.

“In my view the Hakamada Iwao case falls into the same category, the main difference being that he has spent an inhuman 41 years on death row.

“I feel as strongly about this case as I did about Kenny Richey’s: the death penalty is an outrage and Japan’s own version of it is not only deeply dehumanising but frankly macabre.

“Like the USA, Japan is a highly developed country that should have abolished the death penalty years ago.

“I’m here to put this case – politely, but firmly – to Japan’s officials.”

During his the trip to Japan – backed by Amnesty International – Mr Carmichael will also meet one of the judges in Hakamada’s original trial .

New figures published by the human rights group this week show that Japan’s current rate of executions is at its highest since 1975.

Last year, Japan put 15 prisoners to death and sentenced another 27 – making it the tenth highest number of any country in the world.

Kate Allen, director of Amnesty International UK, said: “Japan’s use of the death penalty is a hidden scandal.

“Death row prisoners are effectively turned into ghosts – banned from talking to other prisoners and forbidden from watching television or engaging in meaningful activities.

“Perhaps most shockingly of all, Japanese prisoners are often denied information about their own executions until the last moment.

“The first they may know of their impending death is when guards come to collect them from their cells in the morning.

“Japan should impose an immediate moratorium on all further executions as a matter of urgency.”

Amnesty International condemned for failing to take down “genocidal government”