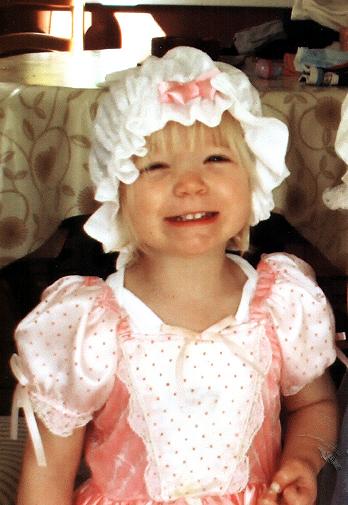 A FATAL Accident Inquiry into the death of a toddler hanged by a window blind cord was shown a shocking home video of another horror incident.

The amateur footage – taken by a mother in the US using a home camcorder – shows the woman’s young child playing in a crawler.

But as she pans around she screams as her older son comes into view – hanging from a looped cord at the window.

The distressing images were shown to a court on the last day of the inquiry into the death of tragic tot Muireann McLaughlin.

Little Muireann, two, was waving goodbye to her gran when she slipped, knocked herself unconscious and fell into the looped blind cord.

Muireann’s father Angus, 40, desperately tried to revive his daughter after finding her when his young son asked: “Why is Muireann not talking to me?”

She was taken from her home in Menstrie, Clackmannanshire, to Stirling Royal Infirmary where she was pronounced dead.

Evidence suggests she would have died within 15 to 20 seconds last February.

Angus and wife Katie are now campaigning for a change in the law to stop another family going through what they have.

The devastated couple insisted on the inquiry to highlight the dangers of the looped cords.

Speaking after the inquiry yesterday Angus said: “I think the video had the desired effect.

“It is horrible to watch.

“We are relieved that this part is over but it’s a long road ahead.”

As Angus introduced the video in court, he told how the boy – who was rescued in time and survived – was used in a news campaign to highlight the danger of blind cords.

He explained: “It’s a shocking video, made all the more shocking by the fact that there is absolutely no noise heard beforehand by the child.”

Angus and Kate, a teacher, hope to begin a campaign in Britain to overcome what they say is a sweeping ignorance of the risk and danger the cords hold.

During the final day of the inquiry, Angus also produced a pink sleep suit and furry boots to give the court an idea of Muireann’s size.

He said: “She was bitty, very small and petite.”

Angus and Kate were joined in court by Muireann’s gran Beryl Searle and other family members.

Each of the men wore a pink tie while Kate and female relatives wore pink accessories – Muireann’s favourite colour.

Speaking on their behalf, Donald MacLeod QC said there had to be specific legislation introduced if similar deaths were to be avoided.

He said: “I know suggesting changes in legislation is drastic.

“But we have to see what can be done to avoid subsequent deaths year in year out in other children as a result of these loops.”

He also called for frequent repetition of a public warning detailing the dangers posed by the blinds.

It is thought that looped cords kill two tots every year.

Graham Paterson, 64, owner of Alloa Blind Company, who supplied the couple with their product, earlier said his firm had changed the design.

He said: “I didn’t want this to ever happen again.”

After hearing the submissions, Sheriff David Mackie retired to consider the evidence and a finding will be published next month.