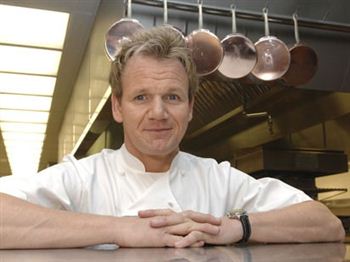 THE CHEF who counts Gordon Ramsay and Marco Pierre White as former pupils has opened his first restaurant in Scotland.

And the 74-year-old insists Scottish produce will form the bulk of the menu – with local beef, venison and game making it into the kitchen.

Chez Roux was officially opened on Wednesday at the Rocpool Reserve with the legendary chef cooking for a booked-out restaurant.

Kerry Watson, general manager at the upmarket hotel, said: “The response to the opening of Chez Roux has been tremendous.

“The opening itself was a huge success. Visitors and guests are delighted with the new menus which feature a host of fine, local produce.”

And the restaurant is set to welcome its first celebrity guest with Scots Oscar winning actor Peter Capaldi  booking a table for lunch on Thursday.

Roux – who was awarded an OBE in 2002 – will be on site for the first few days of the restaurant’s opening and then he will visit four to six times a year, for two or three days at a time.

The Frenchman’s new venture comes almost 50 years after he first visited the city during a family tour of Scotland.

Roux said he fell in love with the Highland capital and insisted he would be using high quality local ingredients in his kitchen.

Roux said:  “I have always stressed the importance of the local market to the success of my restaurants.

“I want to recreate the kind of restaurant I remember from my home town, offering good and honest country cooking.

“The kind of place you can go to eat without ringing the bank for permission.

“We will be cooking what I love to eat – simple, hearty food.”

The menu at his new venture includes treats such as Gruyère cheese soufflé, scallop of salmon with fresh sorrel sauce, and slow-cooked beef cheek.

A dish of rabbit leg with mustard costs a diner £15 and a classic lemon tart will set you back £6.