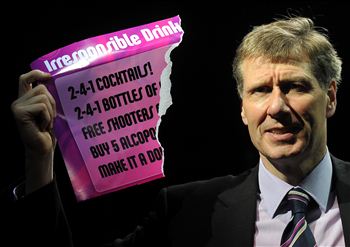 The Scottish Government recently unveiled their plans to curb the sale of alcohol in Scotland by introducing minimum pricing along with a ban on drinks promotions.

The controversial proposals means Scotland could become the first country in Europe to fix alcohol prices.

But, more than 40 licensed premises in Edinburgh’s Unight scheme have agreed to an early introduction of the scheme, which will see an end to deals such as ‘buy one, get one free’ and ‘double up for £1’.

Scottish ministers admitted they it would be a challenge ensuring that ¬minimum pricing was “effective, ¬proportionate and legally robust”, and said they would need further time to find the right price and policy.

Mr MacAskill said: “There’s no doubt that some of the promotions in pubs and clubs encourage people to buy and drink more alcohol.

“Some of them also encourage excessive drinking and fuel the drink-to-get-drunk culture that’s damaging Scotland.

“That’s why it’s great news that Edinburgh clubs in the Unight scheme are ripping up these promotions.”

The ban, which will see the biggest change in Scotland’s licensing laws in 30 years, will become law with the Licensing (Scotland) Act 2005 on September 1 this year.

The new laws will also stop bars and clubs offering drinkers unlimited amounts of alcohol for a fixed charge, and promotions which reward quick drinking.

Mr MacAskill added: “The decision to focus on promoting clubs through the atmosphere and entertainment rather than lure people in with cheap deals is very responsible and is certainly something that I welcome.

“The fact that it’s being done five months ahead of the law requiring it is a welcome sign that the industry is embracing the new Licensing Act.”

The Scottish Government hopes the new rules will help to improve Scotland’s “unacceptable” position as the eighth-worst in the world for alcohol consumption.

David Edge, manager of City nightclub and chairman of the Unight group, said: “In tough economic times the Unight members clubs have unanimously taken a big step in banning these irresponsible drinks promotions.

“This decision levels the playing field throughout the city and ensures all venues focus on entertainment first and foremost to drive their business forward.”