AN ALARM fitter left a man’s eye in tatters and his face scarred for life after he rammed a pint glass into his head over a love bust-up. 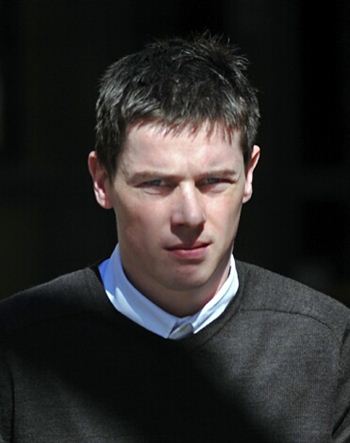 Iain Hay, 24, shattered the tumbler into Kevin Walker’s face while Mr Walker was on a night out with his new girlfriend after he had previously been in a relationship with Hay’s sister.

Mr Walker was left needing surgery on his eyeball and still has blurry vision because of the attack – medics say it is likely he will never fully recover.

He also needed shards of glass removed from his left cheek and will have permanent scarring to his face.

The court heard how Mr Walker had been on a night out to the cinema with his girlfriend and was walking home when he spotted someone who he knew.

Fiscal depute Alasdair MacLeod said: “He then struck Mr Walker with the glass which he was holding in his right hand.

Mr MacLeod said: “Staff not a shard of glass in the left eye and a misshapen pupil which indicated that the glass had punctured the globe.”

Sheriff Kenneth Maciver deferred sentence until later this month and warned Hay that he could face jail over the attack.

He said: “It is a case where the court has to consider a custodial sentence.”