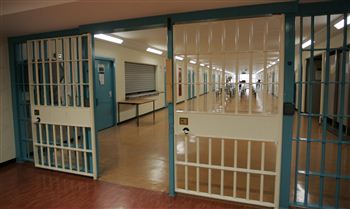 A MAN accused of raping a woman in Edinburgh in February was found dead in his cell yesterday. (Sun)

The 24-year-old victim was allegedly raped during the ordeal after being pulled off a path in the Dalry area of Edinburgh in broad daylight.

Lothian and Borders Police said the attack began around 3pm on February 17 as the woman walked through a subway and her ordeal did not finish until 10pm. Kryczyk, a Polish national, was found by prison officers around 7.30am and is thought to have committed suicide.

The Australian female victim claims she suffered a horror seven hour rape ordeal after being blinded by a noxious spray as she made her way home.

She was allegedly dragged into bushes near the underpass where the attackers had allegedly prepared a makeshift den.

Police say she suffered a “sustained sexual assault” which they believe was premeditated.

She eventually escaped around 10pm after bravely talking the thugs into letting her go.

Her ordeal sparked a manhunt for two men, with 30 police officers dedicated to the investigation.

The alleged attack took place behind a Lidl supermarket opposite a primary school, a playpark and a 24-hour garage.

At the time of the alleged attack, Eric Milligan, a local councillor and former Provost for the capital said he was “absolutely gobsmacked” that nobody witnessed the attack.

A Scottish Prison Service spokesperson said: “Police and Next of Kin have now been informed and a Fatal Accident Inquiry will be held in due course.”