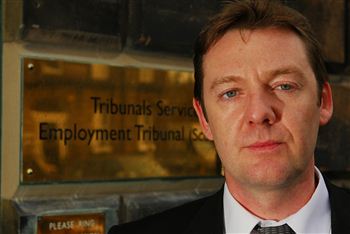 A SCOTS-BASED businessman was sacked by the company who made the world’s first bionic hand because he was “a lazy Frenchman”, a tribunal heard yesterday.

French national Christophe Muller, 37, who lives in Edinburgh, claims he was unfairly dismissed from his sales position with Touch Bionics after just six days employment.

Mr Muller, an international salesman who speaks three languages fluently, says the decision by the Livingston-based company left him “stressed and with large financial problems”.

The father-of-two is claiming £8918 for unfair dismissal on the grounds of discrimination against the human prosthetic firm, and also against his immediate boss Guarav Mishra, 33, Touch Bionics International Business Director.

He is also claiming the company changed his salary terms after he accepted the position, but before he started his employment.

Mr Muller began his employment with the world-famous company on 29 April 2008, but was dismissed after completing just six days employment on May 8.

Problems on day two of employment

The Frenchman represented himself at yesterday’s employment tribunal in Edinburgh.

Giving evidence, he said: “I was employed by the company to develop sales channels in 12 European countries, mainly selling hand and finger prosthetics.

“But my problems started on day two of working with the company.

“I was told in a meeting with Mr Mishra that I needed to be more interactive with other members of staff.

“He said other members of staff were complaining I wasn’t interacting with them.

“I then started wondering what the expectations of me were – from there things started to go downhill quickly.

“Mr Mishra made comments to me such as “lazy French people”, and they were not made in a jocular manner.” 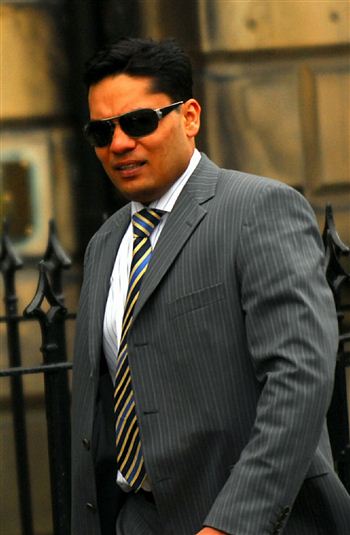 Mr Muller also told the three-man panel Mr Mishra had made racist comments to him about the French concerning fellow students he had studied with in the past.

He felt those comments, which were made in private, were “aimed at me personally”.

Lazy and too slow learning job

Touch Bionics grievance with Mr Muller included the lack of preparation for an important international conference call, along with his lack of interaction with fellow employees.

Mr Muller said: “He (Mishra) would take me aside and tell me I was too slow for the job and that I didn’t really know what was going on.

“I was given a warning because he said I wasn’t up to the job. He was really angry.

“Again, he said I was lazy and too slow learning the job. After that I was sent home, I understood by that I was being suspended.

“It was then I decided to lodge a formal grievance.”

Within the grievance letter, Mr Muller claimed he had been “bullied and harassed” by Mr Mishra, and that his “management style was difficult to understand”.

He added: “There were numerous occasions that he said the French were lazy and incompetent.”

Ian MacLean, Touch Bionics legal representative, said: “If Mr Mishra was against French people, why did he employ you in the first place?”

He also noted the racist comments allegedly made by Mr Mishra were not included in Mr Muller’s initial grievance letter to the company.

A spokesperson for Touch Bionics said: “Touch Bionics is unable to comment fully on today’s tribunal as the hearing is ongoing and, of course, we are not in receipt of any final ruling from the tribunal.

“Touch Bionics has worked very hard to bring its groundbreaking technology to amputees from all over the world – we already have over 600 users in 30 countries.”

They recently won silver in the Science and Medial category at the 2009 Edison Best New Product Awards.

The employment tribunal is expected to conclude today. (Wed 15/04)