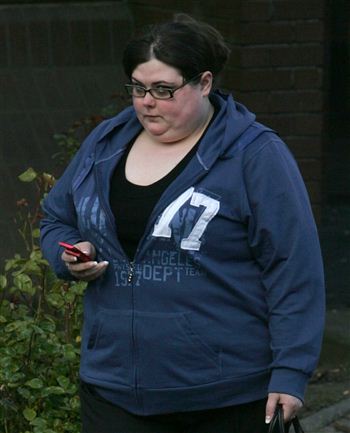 A WOMAN broke down and cried in court yesterday as she recalled the night she stopped to help victims of a horror lorry accident and felt a mechanic’s pulse die after he was hit by a Morrisons delivery truck.

Claire Durdle, 29, pulled over to help Gavin Sutherland, 41, as he lay on the side of the A9 – only to feel his heart stop.

She broke down in tears yesterday (Tuesday) giving evidence at the trial of trucker Andrew Ramsay, 49, who denies causing death by dangerous driving.

Mr Sutherland, who worked for Invergordon Tyre Services, was replacing a burst tyre on another HGV when Mr Ramsay’s lorry slammed into the back of his van.

Miss Durdle said it wasn’t until after Mr Sutherland was taken away in an ambulance that she realised there was a van between the two trucks.

Court also heard from two drivers who said they were able to pass the vehicles with ‘no problem at all’.

Miss Durdle, now a bus driver in Inverness, was driving a Transport Scotland car when she passed the smash early in the morning of October 18, 2007.

She said: “At first I saw two lorries and I got out to see if they were alright.

“The first man in the lorry at the back said he had a sore leg and shoulder.” 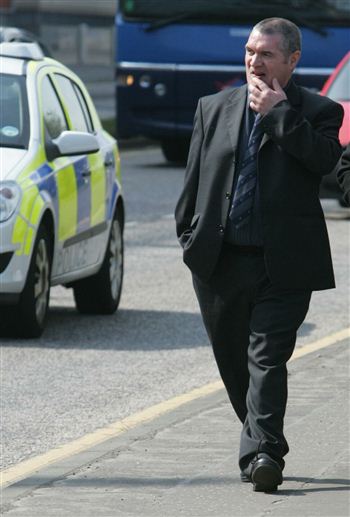 With tears streaming down her cheeks, she told of how the other HGV driver, Brian Duff, asked her to check on Mr Sutherland, who had been hit towards the front of his truck.

She said: “There was also a man lying on the verge. He asked me to go around the side of the lorry to check if the other man was okay.

“He was breathing at that stage and there was another lady on the phone to the ambulance.

”We were tending to him when he lost the pulse. I stayed until the ambulance arrived.

“I didn’t notice there was a third vehicle until afterwards.”

Court was shown video footage filmed from the road, showing a long bend with a slight dip.

The crash happened in the dark at around 6.45am.

He claimed he was driving at 70mph and easily passed the vehicles.

He said: “The vehicles were not parked in a particularly dangerous position. You could see the hazard lights as you approached.

“Traffic was light. I had ample opportunity to pass them.”

He added: “I was doing about 60mph and could see a pick-up truck and lorry from about 500 yards away. The roads were very quiet.

Defence agent Ian Duguid QC quizzed Mr Gray’s police statement, claiming he had told cops: “My initial thought on passing the vehicles was they were in a dangerous position and there was a lay by further up.”

Asked again whether he thought Mr Sutherland’s pick-up van was parked dangerously on the A9, he said: “It was dangerous because it was on a duel carriageway.”

The trial before Lord Brailsford and a jury of seven men and eight women at the High Court in Dunfermline continues.

Moment trucker swerves around dead cow on A9