Neighbours of Susan Boyle weigh in on the 2009 British budget 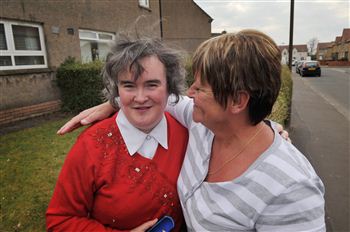 IN THE hometown of Britain’s Got Talent star Susan Boyle yesterday, there was a mixed reaction to the Chancellors Budget as her neighbours here were only too happy to share:

Neighbour Brian Smith, 51, a married volunteer for local charities said: “I’m most happy with the top-rate tax going up.

“People like that can afford to pay a bit more, and if they’re not going to pay it, who is?

“When there’s a war on, the young people of a country tend to suffer, so during an economic crisis, it makes sense that wealthier people have to bear the load a little.

“I’m a constant smoker and part-time drinker and I knew the price of alcohol and cigarettes would rise.

“You can’t complain about it because those things do tremendous damage to me and everyone else.

“My parents collect a state pension and they’ll definitely be happy with a 2.5% pension rise.

“The “Car Scrappage” scheme seems like a great idea because not only does it put more environmentally friendly cars on the road, it will also help the British car industry.

“However I’m not happy at all with fuel duty rising – everything needs to be transported so essentially it’s a tax on everything. 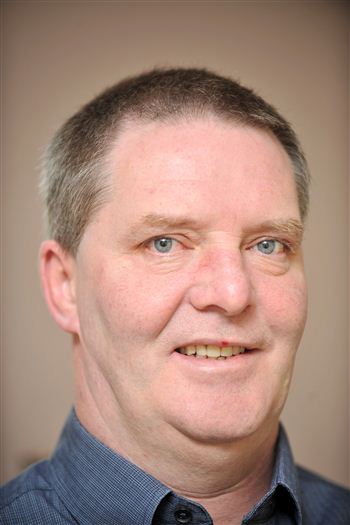 “And what will happen when the price of oil goes through the roof again? It’s very disappointing and too much of a tax on ordinary people.

“I’d also like to have seen a concrete pledge to build more council homes.

“Extending the stamp-duty holiday will certainly keep the housing market rolling, but not everyone is looking to buy and more council houses will mean more jobs.

“In general, there could have been more specific pledges – are all of these things practical?

“It’s all very well promising to put under-25s into jobs and training but if they’re not proper apprenticeships then these promises are worth tuppence.

“We have to make sure we don’t condemn a generation of young people to the scrapheap, as the problem will be passed down forever.

“It’s important to do something rather than nothing, and although the Chancellor seems to have landed us in a lot of debt, it’s a global recession and every country must be in the same position.

Retired pensioner James Grant, 69, who spends most of his days hoping for a better future for his grandkids said:

“It’s hard times for everyone at the moment, but overall I was happy with the budget.

“Every year there’s usually something that hurts the working man in one way or another, but everything that Chancellor said seemed to be about helping kids, families and the unemployed.

“There’s not a lot that will affect me personally apart from the rise in state pension, but that’s barely large enough to make a difference.

“If you’ve worked all your life and been sensible with your money, hopefully you don’t have too much to worry about anyway – I’ve never been one for fancy cars and things like that so I’ll be fine.

“I don’t think pensioners are too worried generally these days, I’m hardly rich but I can get by. 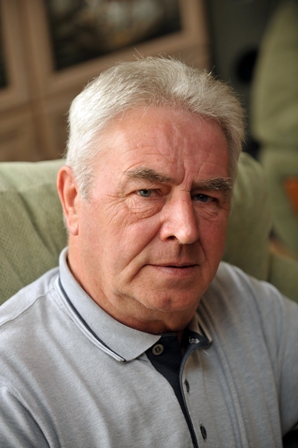 “There was a lot of taking from the rich and giving to the poor in the budget, and that 50 percent top rate tax is something I was glad to see.

“Alcohol and cigarettes are only luxuries, and the extra tax on them is barely anything at all.

“I don’t know about cuts to defence though, if that had been done in the past there are times when we would have been in real trouble.

“Rewarding grandparents like me for looking after their grandchildren is excellent plan because it encourages families to stay together and gives people extra security in their old age.

“More action on housing is good too – not only does it help people looking for homes but it creates lots of jobs too.

“And government money going towards training for unemployed people should get those people who don’t have jobs away from roaming the streets and hanging around at home.”

“It’s a mountain of debt that he’s put us under, though, but what other way is there out of this crisis? It’s certainly not with the Tories.

“They’re more concerned with protecting the wealthy classes than helping people who are struggling.

“I’m definitely in favour of more money going to help the environment – it’s very important for the future, not just for me.

“It’s all too easy to lay back and assume it’ll be alright and it’s good that this Labour government is taking action.”

“Rich people should definitely be paying more taxes, not less, as that money could go towards council houses or to people who are incapacitated.

“Why should rich people be enjoying light taxes while brilliant programs like Sure Start need more money?

“I am worried about the amount of debt though, and that prices are going to keep going up and people like me aren’t going to be able to afford anything.

“With that in mind I’d have like to have seen VAT go down even more.

“I don’t drink or smoke, so I actually agree with taxes being raised on alcohol and cigarettes.

“Not only will it mean more money to spend on housing, education and things like that, but if it keeps young people from smoking and drinking then everyone will be healthier as well.

“Also I was really happy to see the extra money for grandparents looking after young children.

“I’ll be starting college in January and my boyfriend will be going to work with his dad, so my boy will be spending a lot of time being looked after by our parents, it’s good to know that they’re going to be rewarded for that.

“More money should definitely be spent on council houses, as someone I know recently moved into one and it was a disgrace.

“More work on them would mean a nicer place to live for people, and more jobs for those fixing up these homes.

“The environment is very important as well – Scotland is a beautiful country and money should be spent on making sure that doesn’t change.”

“More than anything I’d like to see my little boy grow up, see his mum and dad coming in from work, and then find a good job himself.”

“So I think more money going towards young people looking for jobs is really important, although I’d like to see more going to Scottish people and less to people from other countries.

“The amount of people looking for work in this country is huge – maybe if the budget was Scottish and read out in Scotland instead of in London people like me would get a better deal.

“However I always say that things will get better -we didn’t have mobile phones, laptops and things when I was small so imagine what we’ll have in the future.”