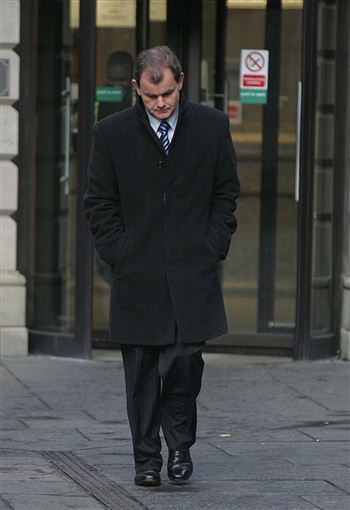 He was handed the “lenient” sentence after pleading guilty to possessing hundreds of indecent images of children – most of them of girls between the ages of eight  and 15.

The disgraced teacher was also ordered to carry out a three-year probation order which will bar him from unsupervised access to children, and will monitor his use of the internet.

Disgusted parents at the school have welcomed the decision to ban Melville from teaching for life.

One said: “He deserves everything he gets.”

The former headmaster at Whitecraig Primary School, East Lothian, was initially suspended and then finally sacked by the council last July.

A tip-off to police in March last year led to a raid on the home of the disgraced father-of-three.

During the search police discovered a laptop belonging to Melville that contained 457 sick pictures of children, mainly female.

Melville, from Gullane, East Lothian, pleaded guilty at Edinburgh Sheriff Court last December to being in possession of and distributing indecent photographs between June 13, 2004, and May 30, 2005.

Yesterday, Melville was banned from teaching for life after admitting the conviction to the General Teaching Council in Edinburgh.

The GTC panel said: “The sub-committee found that the respondent was guilty of a relevant offence, defined at section 10B of the Teaching Council (Scotland) Act 1965.

“The respondent admitted that he had been convicted of a relevant offence.

“ In any event, the sub-committee was satisfied that the offences had material relevance to the respondent’s fitness to be a teacher.”

The sub-committee also found that Melville’s actions were a “breach of professional trust” and by possessing the indecent images “he abused the relationship with, and his status as a teacher, of children and young people”. 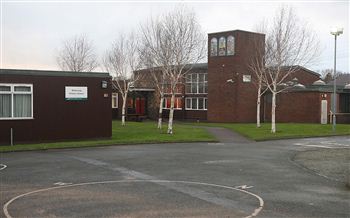 Parents at the school welcomed the decision to ban Melville from teaching.

Dad-of-two Graham Doran, 36, a self-employed builder from Whitecraig, said: “I’m so glad they have banned him from life. He deserves everything he gets after being let off so leniently by the courts.

“There is no way he could be let back in to a school to teach kids after the things he has done.

“I’m sure the parents of any school would drive him out if they ever found out.

“It seems quite obvious to me that the teaching council could not let a paedophile, because that is what he is in my eyes, back into schools.

“We’re fortunate we’ve now got an excellent new headmistress at the school and we can now, hopefully, put all this behind us and move on.”

Melville, who had no previous convictions, was appointed head teacher at Whitecraig Primary School in Musselburgh in 2007, after serving as the deputy head for six months.

He had previously been employed at Gullane Primary School, which is situated just yards from his family home.

Melville was told by Sheriff Alistair Noble that his sentence was appropriate in view of his exemplary service as a teacher, the impact on his family and the fact that a relatively small number of images were involved.

“We acted promptly as soon as the police informed us of their suspicions about Mr Melville, and he was immediately suspended from duty.

“He was subsequently dismissed after a disciplinary hearing.

“We fully endorse the GTCS’s decision to strike him off.”