STAFF at a rehab clinic were warned that a patient may have had too much methadone just hours before he died from an overdose, an inquiry has heard. 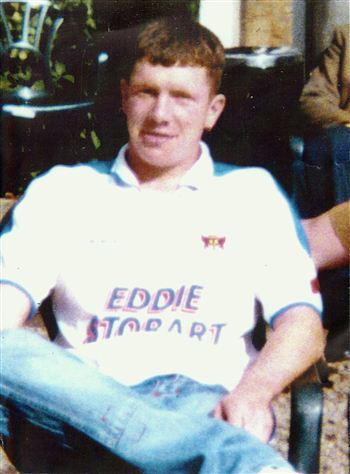 Kieran Nichol was just 20 years old when he died from a methadone overdose in the Castle Craig clinic, near Peebles, in the Scottish Borders in December 2005.

His parents believe staff gave him methadone despite Kieran not being a heroin addict.

And an inquiry into his death heard from a fellow patient who claimed he raised concerns about Kieran’s methadone dosage on December 10 – the day before he died.

Giving evidence at Edinburgh Sheriff Court Ross Dixon, 32, said staff had been aware that Kieran had possibly had an overdose but did not seem concerned.

Mr Dixon said he visited the medical room in the clinic and raised concerns about Kieran’s state with a nurse called William Wood the evening before Kieran died.

He said: “We had some kind of exchange when I was in and something was said along the lines of Kieran is in a bit of a state, is it possible that he has been given too much methadone.

But, Mr Dixon said, despite warnings, staff did not appear concerned over Kieran.

Mr Dixon added: “He seemed to be aware of it, I would not say interested or concerned. I was under the impression that the facility was aware of his condition.

“Everyone saw what he was like at the AA meeting and I was under the impression it was under control.”

Later that evening Kieran passed out during a showing of a film in the communal room of the clinic and died soon after.

Mr Dixon, a former heroin addict, said he was “shocked and upset” that a person could die in rehabilitation facility from an overdose.

He said : “I was shocked and upset, I didn’t get to know him in any great depth but I was shocked that anyone could die in rehab from a drug overdose.”

Kieran had raised concerns among other residents at the clinic, Mr Dixon said, after he appeared to be intoxicated with opiates.

He said: “There was pinning of his eyes, his face was flushed and his speech was slurred and slow. He answered the same questions with different answers.

“At every meal he became increasingly intoxicated after being given his medication. I found it strange that he was being given methadone when he didn’t need any.

“He didn’t need any at all, quite the opposite.”

During a meeting after the evening meal, Mr Dixon said, Kieran had appeared in an intoxicated state and told other patients that he had had “too much methadone”.

Mr Dixon said: “He had made a comment and had been very, very slurred. He said he had had too much methadone.

“He was trying to make a point and he said something along the lines of ‘I’m sorry, I have had too much methadone’.”

But, Mr Dixon said, Kieran had confessed to him that he had had a £280-a-week heroin habit in the weeks leading up to his admission to Castle Craig.

Mr Dixon said: “He said he was in for using heroin. I asked him how much he had been using and he said he was using a score-bag (£20 worth) a day.

“I don’t think it was for very long, I don’t recall exactly what he said.

Mr Dixon said he was concerned by Kieran’s state that day and spoke with a nurse at the clinic called William.

He said: “He was clearly intoxicated at the rehab unit and there didn’t seem to be anything being done about it.”