FEARS were growing last night for the safety of a young woman missing since a night out with friends on Saturday.

Kirsty McManus, 21, from Newtongrange, Midlothian, hasn’t been seen since being with friends in bars around the popular Omni Centre in Edinburgh near the Playhouse Theatre. 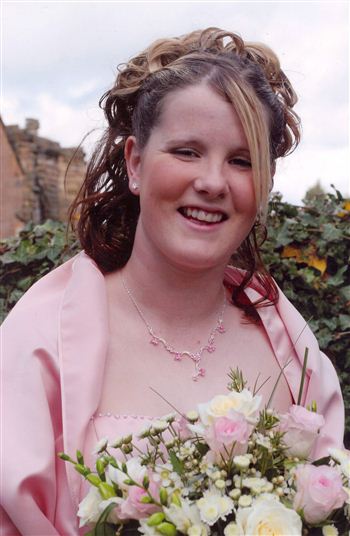 The last confirmed sighting was when she left to catch a taxi home at about 1.30am on Sunday morning.

Lothian & Borders Police are now investigating her whereabouts after the pretty chef failed to turn up at home or work since.

Worried friends and family say it is very out of character for her to be out of touch for so long.

Parents Christine, 48, and Mick, 49, last night admitted that they “feared the worst” after so long without contact.

Worried mum Christine said: “I’ve not slept a single second since Kirsty went missing. It’s so unlike her.

“She’s a cheery friendly girl who phones me all the time. So this is very unusual. I keep waiting for the phone to ring.

“We sent her loads of texts and phone messages but as each day goes by we really do worry.”

“Every thought, every possibility has crossed my mind about where she could be.”

Kirsty, a chef at the local pub and one of five children, was due to start her normal shift 5pm – 11pm – at the Weatherspoon’s owned Blacksmith’s Forge bar in Dalkeith on Sunday evening.

Her parents have been ringing the bar every day but concerned colleagues have told them she hasn’t been in touch.

Dad Mick, 49, a postman in the family’s hometown of Newtongrange, said: “If Kirsty reads this it is most important that we know she’s okay.

“She must let us know by any means.”

“We are extremely concerned about her safety because in this day and age when a youngster goes missing for four nights you fear the worst.”

“All parents know that sometimes for whatever reason youngsters decide they want to be somewhere else.

“That is a choice everyone is entitled to but even just one phone call would put peace on our mind.”

The couple said in her early teens Kirsty had been a keen footballer even attending trials with the Scottish ladies team.

But a freak ankle break meant the former Dalkeith High pupil had to reconsider her future career hopes.

Christine, a student nurse, added: “She was doing brilliantly with the school football team until she slipped off a kerb and broke her ankle.

“It means she had to give that up.

“Then her ambition was to join the Army to regain her fitness.

“But now – now she wants to go to college and take her work as a chef further.”

They only knew she was going out when she called from the bus just after 5pm on Saturday to let them know she was heading into Edinburgh and that their pet dog Cohen would need a walk.

She told her parents that she “might” be staying over at a friend’s home but didn’t say who.

Police trying to trace her movements have interviewed at least one of her friends in a bid to piece together her last known route.

Her parents said they understood Chris Donaldson, who they think she knows from work, was one of the last few to have been spotted with her on hours of CCTV footage being trawled through by police.

Mick said: “She normally phones when she’s in the taxi home and if not she usually let’s us know where she is going.

“That’s why come Monday I got in touch with the police and they interviewed Chris Donaldson.

“We don’t know if she got in a taxi or not but hopefully anyone who was out that night may have seen her at the rank opposite the Playhouse because that’s the way she was heading.

“All we know about Chris is he’s a friend, we think through work. As far as we know he told police that she had taken off to get a taxi home to Newtongrange.

“They’ve interviewed him because he’s the last person they know had seen here at they’ve spent a lot of time looking through the cameras in that area.”

Kirsty is described as white, 5ft 4ins tall, of medium build with long straight brown hair and a fair complexion.

When she was last seen she was wearing a black v-neck top with buttons on the front, blue jeans with a silver belt and white trainers.

A spokesman for Lothian and Borders Police said: “Since she was last seen Kirsty has not returned home or made contact with her family or friends, which is very much out of character.

“Concerns are growing for her welfare, and we would appeal to anyone who has seen Kirsty since Saturday, or has any other information about her whereabouts, to contact us immediately.”