The tip off about disappearing plant pots was among 39 intelligence-based calls to police that led to 63 arrests in the past five days.

Undercover detectives had been monitoring suspected drug peddlers at around 50 addresses in West Lothian when locals gave them the tip off the needed.

In the biggest series of drugs busts carried out in Lothian and Borders Police history cops discovered the stolen garden pot were being used to grow drugs. 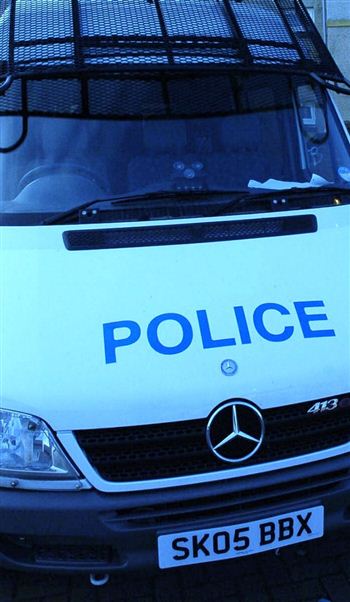 And yesterday some locals were even handed back their plant pots by police who praised people for coming forward to help the massive drug dealer crack down.

But officers were unable to put a cost or weight on the amount of drugs recovered, insisting they were instead focusing on the criminal cases now going through the court system.

He said: “The total figures will be available at a later date but that wasn’t our prime target, it was to get through the doors of the individuals and take them out of the game.

“There are now people working flat out to get the court cases ready.”

He said returning the make shift drugs paraphernalia back to the original owners was “vital for community relations”.

He added: “My community officers on the street deal with these things sensitively and that human side of this operation is vital for community relations.

“Many of the officers live in the area they work and they know the positive impact they can have by returning individual items to victims of crime.”

The dawn raids on houses in Operation Focus also uncovered heroin, cocaine, amphetamine, diazepam and methadone, as well as £4005 in cash believed to be linked to drugs.

With West Lothian’s drug network expected to be majorly disrupted by the raids help is being offered to addicts who could be prone to dangerous withdrawal symptoms.

And anyone convicted of dealing from a council home has been warned they face eviction from their property.

Peter Johnston, leader of West Lothian Council said: “We will pursue the eviction of any council tenant who is convicted of a drugs offence. There is no place in West Lothian for drug dealers and this is not the end it is the start.

“People can be reassured that all the agencies will continue the fight against drugs in our community.”