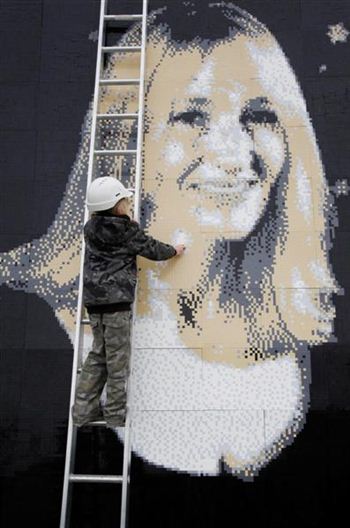 HARRY Potter author JK Rowling got the Lego treatment yesterday after kids voted her as their ‘ultimate hero’ from the last decade.

She swooped to the title ahead of perma-tanned High School Musical star Zac Efron and US president Barak Obama, who came third in the Lego poll.

A spellbinding giant mosaic of the Edinburgh-based writer was unveiled at Legoland Windsor to celebrate her win.

Almost 40 per-cent of the children polled the world’s top-selling author as their top hero.
Her novels have been credited with inspiring a generation to read, ignited millions of youthful imaginations all over the world, and now earned her a giant Lego portrait.

Obama did considerably better than UK prime minister Gordon Brown, who failed to secure a single vote in the poll.

However, a regional breakdown of the poll results showed Zac Efron managed to pip Rowling to the post with a huge 39 per-cent of the vote in Scotland alone. 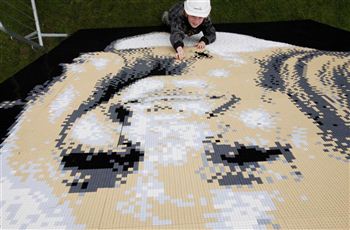 She said: “JK Rowling is a fantastic role model and completely deserves the top spot in this poll to find kids ultimate hero.

“The fact that kids would put her before those actors that have become the face of her stories is a revelation – it really gives us an insight into what they really aspire to.”

Legoland boss Vicky Brown added: “Her books have been a great inspiration to children of all ages.

“We actively encourage imagination and creativity and believe in making the children the heroes – just as Rowling does in her stories.”