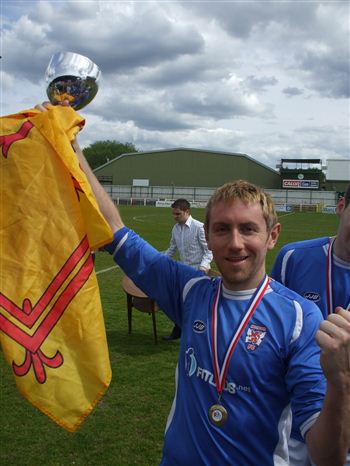 SCOTLAND’S only gay football team has won their first trophy of the season after defeating a top English team to lift the Gay National League Cup.

But the triumphant Hotscots team has been denied a full public celebration because some of their players have not come out yet.

The Edinburgh-based squad – who were only formed in 2007 – defeated their much-fancied opponents, crack outfit GFC Bournemouth 1-0.

The toughly-fought match was decided in the first half when midfielder Craig P rifled in a 20 yard shot into the bottom corner.

The Scots then clung onto their lead as their vastly more experienced opponents threw everything at them in the second half.

Manager Conor Simpson was delighted with his team’s efforts. He said: “I’m so proud of the win and so proud of the performance. The weather was warm, the game was tough and it was physical.

“But we’ve proved it before and we’ve done it again – we’re more than up for a challenge. The last year has been about getting the lads playing as a unit, and today we saw the culmination of weeks and months of hard work in training, and the tactics paid dividends too.

“We’ll set our sights on next season soon enough, but I think it’s definitely time to enjoy the moment, and bask in the success a little!”

And Chairman Kevin Rowe, who formed the club in July 2007, was equally ecstatic after defeating the cup favourites.

He said: “If you’d have told me when I formed the club, that under two years later we’d have won the national league cup, I wouldn’t have believed you.

“We’re capable of playing better football, however where before we may have crumbled under pressure, the experience of the team is starting to tell, and we did so well today to win through.

“The club was formed to give gay people a chance to get back into the sport, and winning this trophy is proof that we have come such a long way in a little space of time. 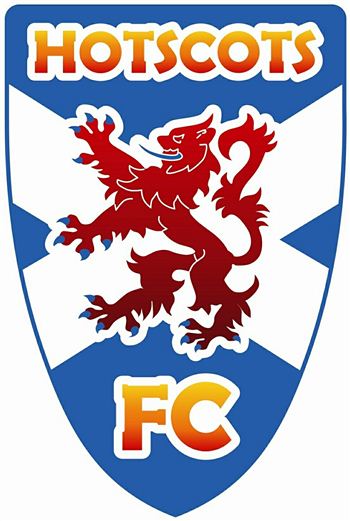 “I know the lads will enjoy this win, and it’s something that will live in the memory for many years to come.

Unfortunately, some of the Hotshots team has still to publicly announce their sexual-orientation, meaning some of the squad is reluctant to be named or pictured in public.

Kevin said: “It’s a real shame some of our lads have not come out yet so cannot bask fully in the limelight.

“Some of the guys are teachers and policemen and still do not feel comfortable with being publicly outed.

“You wouldn’t think this is the 21st century, would you?”

The gay-friendly team recently finished sixth in their league campaign, and their cup run has seen them knock out two London teams, including current league champions London Falcons, on the way to the final.

Campaigners have been hailing the team after their cup win, and has hailed the gay-friendly football team as doing a “superb job” in breaking down stereotypes.

John Hein, chair of Pride Scotia, said: “To be able to play the sport you love without any prejudices is a wonderful thing.

“The individuals involved must feel empowered and important for achieving so much in such a short space of time.”