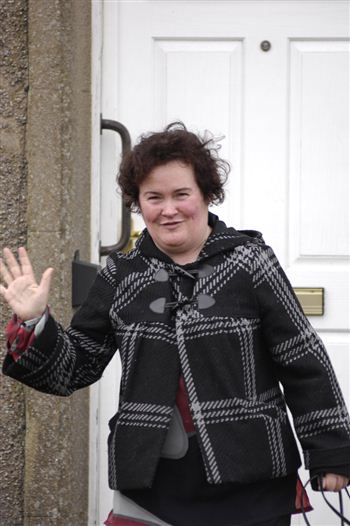 SCOTTISH singing sensation Susan Boyle could be slumming it in the jungle as she is lined up for I’m a Celebrity Get Me Out of Here.

It is thought that ITV are looking to cash in on the worldwide phenomenon that the 48-year-old has become.

And with more than 100 million views on YouTube, Susan could be a dead cert to win before she even starts.

The singer’s popularity overseas, particularly in America, would bring in a new type of viewer for the programme.

And with overseas fans having to log on to the website to watch the programme, advertising deals on the site would bring in much-needed cash for the company.

The news comes after Freemantle and Talkback Thames, who make Britain’s Got Talent, revealed that they have struck a deal with YouTube to place adverts on the official Susan Boyle clips – raking in £20million as a result.

A source at the show said that Susan was the perfect I’m A Celebrity contestant – and that Ant and Dec has put her forward for the challenge.

They said: “Susan would be TV gold if she went in the jungle. She’s the biggest celebrity of the year so far.

“I don’t think there’s anyone in the country who doesn’t know who she is.

“Having her in the jungle would be a massive boost, not to mention helping us attract audiences from around the world.

“Every single one of those millions of people who logged on to the web to see her would log on to our website to see what she’s doing.

“If we sold advertising on the clips it would be worth a fortune.

“Susan had got a great sense of humour which would be great to have in the jungle.

“There’s such a fascination in what she’s like and how she acts that I think not only would she do well, she could actually win.

“The British public love someone who is completely bonkers and funny. I think they would easily fall in love with her straight away.”

I’m A Celebrity started in 2002 and has featured a string of popular personalities including Carol Thatcher, Christopher Biggins and Timmy Mallet.