AN ANIMAL care worker who neglected her own dog has escaped a ban on keeping pets. 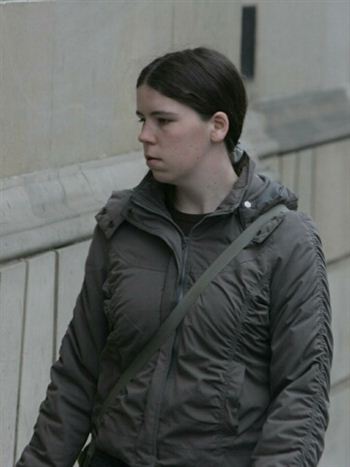 A five-year-old dog, Ty, was also found in her filthy Edinburgh home after an anonymous call alerted authorities to the neglect.

Police officers who found the animals said the scene they were presented with was like that usually associated with a rotting corpse.

Caldwell was suspended from her post as a kennel worker at the Edinburgh Dog and Cat Home following the revelations and has now been sacked.

But on Tuesday at Edinburgh Sheriff Court she escaped a ban on keeping animals after the Scottish SPCA passed her fit to keep Ty and returned the dog her.

She had earlier admitted neglect.

Max is to stay with the animal welfare charity, who took the puppy in after Caldwell struggled to cope with both animals.

Lothian and Borders Police were called on January 10 this year by a member of the public who was worried about the dog’s howling.

Fiscal depute Neil Allan said: “An officer looked through the letter box and was overcome with a pungent smell. There was obviously concern about the welfare of the dog and dog handlers were called.”

Caldwell’s door was forced in and horrified dog handlers found the pitiful pets among an “astonishing amount” of dog faeces.

The Scottish SPCA had now returned the older dog, Mr Roy said, but would continue to make spot checks on the conditions in Caldwell’s home.

He added: “She has been publicly shamed and she has lost her employment as a result of this.”

Sheriff Celia Sanderson said that the case had “left her speechless” and added that she had been considering a ban on Caldwell keeping pets.

But she said the Scottish SPCA’s decision had changed her mind.

Sheriff Sanderson said: “A ban had been uppermost in my mind given the narrative and the photograph I was given – it was horrific.

“This was a horrific episode and the photograph that was given to me of the conditions in your house was horrifying and disgusting.

“I’m not going to disqualify you – I do not believe the Scottish SPCA would return the animal to you if they were in any doubt whatsoever.”

Scottish SPCA Chief Superintendent Mike Flynn said: “The charges related to one of Caldwell’s dogs, which was signed over to us and will be found a new home.

“There is never an excuse for severe neglect of the kind this dog suffered.

“The court found that Caldwell had not neglected her other dog and we are satisfied that this continues to be the case.”

Manager of Edinburgh Dog and Cat Home, David Ewing, said he was aware of the sentence but declined to comment.

Badgers thriving after being targeted by baiters