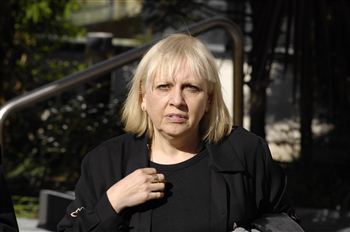 A NURSE faces being struck off for allegedly disabling patient’s alarms so she could sleep on the job.

Her former colleagues yesterday told a hearing that one wheelchair reliant resident was forced to wet the bed as a result leaving them “distressed, upset and humiliated”.

If found guilty of misconduct Mrs Facchini will lose her current job as a midwife in the maternity unit at the NHS run Crosshouse Hospital at Kilmarnock.
Mrs Facchini did admit failing to provide a woman with a commode at the Glenfairn Nursing Home in Ayr on August 17, 2007.

But she denied disconnecting the woman’s alarm.

She also denied claims that just a week earlier she fell asleep for one and a half hours while at her other job working at Suncourt Nursing Home in Troon.

But Suncourt carer Alison Murray told yesterday that she walked in on Mrs Facchini asleep on the care home lounge floor during a nightshift.

And she claimed that the experienced nurse insisted on having tea and toast before she could go to help residents.

Mrs Murray told a panel of the Nursing and Midwifery Council: “I needed help to change a resident’s bed pan so went looking for Anne.

“I found her in the lounge with the door shut and the light out sleeping on three chair cushions laid out on the floor with a blanket over her.

“I shouted her name and told her how busy we had been, but she said before she could do anything she would have to get eta and toast.”

It was only when Mrs Murray was helping the patients to get cleaned up that she said she became suspicious of who had disabled the buzzer during the night.

She added: “The old lady told me that she didn’t think the nurse liked her because she had pulled her buzzer out of the wall.

Another carer Diane Brown was interviewed during the probe and was asked directly if Mrs Facchini had been disabling patient’s alarms or sleeping on the job.

Mrs Fachinni completely denied falling asleep, claiming she was reading a book on her break when Mrs Murray walked in.

She said: “You don’t get paid for the hour’s break so I was sitting on a recliner reading my book.

“I wasn’t lying on the floor, that is not very hygienic.

“I admit I never returned to the patient who buzzed and I never got a chance to apologise for that, but I don’t know how the buzzer would have ended up on the floor.”

The hearing in Edinburgh is scheduled to continue today (Tues).