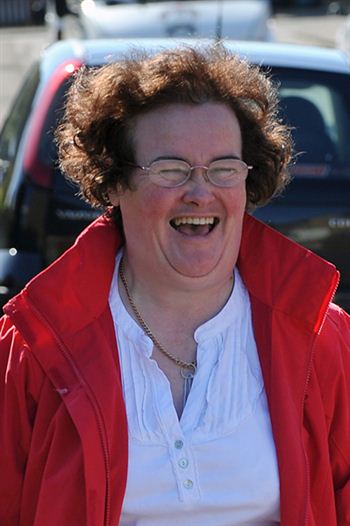 BRITAIN’S Got Talent sensation Susan Boyle was interviewed on the Oprah Winfrey Show last night – and telly bosses had to add subtitles so her American fans could understand her.

The 48-year-old star was filmed for the chat show from the living room of her West Lothian home.

And she appeared through video link with Oprah and Simon Cowell on special episode The World’s Got Talent show last night (MON) in the US.

But producers of the show added subtitles to her video at the last minute after fears that their viewers wouldn’t understand her broad Scottish accent.

Since Susan auditioned for Britain’s Got Talent, she has shot to fame worldwide – attracting interest from record labels, film producers and televisions shows.

But appearing as a guest for chat-show queen Oprah is her biggest victory yet. 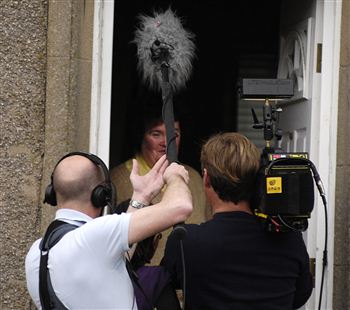 And Susan told her host that she was “loving every minute” of her newfound fame.

The singer brushed off suggestions that she had tried to restyle herself, or given herself a makeover since her appearance.

She said: “I said to my best friend, I said ‘How’s about you do my make up’. That’s hardly a makeover.

And talking about her new hair style, she said: “That was just to tidy myself up like any other female would have done.”

Devout catholic Susan went on to tell Oprah – who has interviewed scores of A-list celebrities like Michael Jackson and Tom Cruise – that singing helps her deal with her disability.

She said: “I was kind of a slow learner at school so getting something like singing was good. I was encouraged to be in the choir.

“I was able to hide behind that and so boosted my confidence.”

And she revealed that after her mum died, she stopped singing altogether for a while.

She said: “There was a wee period when I didn’t sing. I am slowly getting over it.

“One of the reasons I applied for the show was to try to see if I could still sing in front of an audience.”

During the three-way interview, judge Simon Cowell – who wasn’t subtitled – admitted to Oprah that he pre-judged Susan when he walked on stage, because he was in a bad mood.

He said: “This lady came up and I’m kind of thinking ‘This will take five minutes then I can go and get a cup of tea.’”

But as soon as he heard her sing he knew he’d made a mistake.

He said: “There was something Susan said before she came out on stage. She said ‘I’m going to rock this audience’.

“She knew we were going to have that reaction, and just to see the look of satisfaction on her face midway through – it was one of my favourite moments.”

And he wished Susan all the best for her next performance on the show on 23 May.

He said: “You’ve got the whole world behind you now, so I want to say congratulations and wish you the best of luck.”