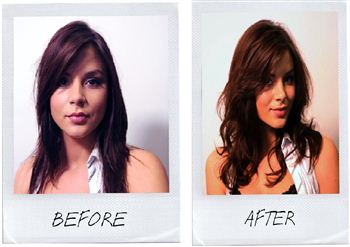 Travelodge polled female guests to find out which celebrity’s hair they would like for a night out on the town.

When the Girls Aloud star came out the clear winner, the chain created a step-by-step guide for guests to be able to recreate her tousled look.

Eight out of ten Scottish women polled said that they feel less confident if their hair doesn’t look good for a night out or an important meeting.

So hotel bosses are also providing a hair toolkit complete with curling tongs and straighteners to ensure that their clientele can get the best barnet in town.

Although the Geordie singer came top of the poles, she was joined on the leader board by a range of different styles. 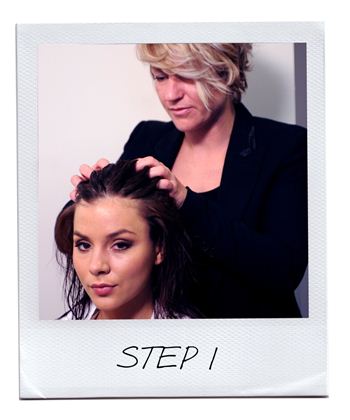 And now Travelodge have teamed up with stylist Kate Wingrove to create a step-by-step video and picture guide that women can download from the net before their big night out.

Kate Wingrove, Director at Trevor Sorbie London and Brighton salons said: “Copying celebrity hairstyles is all the rage at the moment, as it’s an inexpensive way of looking and feeling like an A-list star.

“This hairstyle suits all ages, face shapes and even various hair lengths with the aid of hair extensions.”

And the hotel chain revealed their staff often gets asked to help out when it comes to glamming up for a night out.

Shakila Ahmed, a spokeswoman for Travelodge, said: “Hotel reception staff have reported they get inundated with requests for hairdryers, curling tongs, hair straightener’s and are often asked by female customers for assistance in doing their hair.”

The survey also revealed how important a good hairstyle is for women’s confidence.

The hair toolkit will be tried out in five hotels in Newcastle, Leeds, London, Cardiff and Windsor before being taken nationwide.

Both the video and photo style guides can be downloaded free of charge at http://www.travelodge.co.uk/