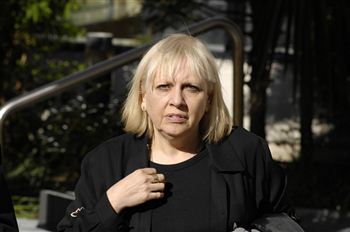 A NURSE who disabled her patients’ emergency alarms has avoided being struck from the register.

One wheelchair-bound woman was forced to wet the bed as a result, leaving her “distressed, upset and humiliated”.

And another had to scream to care assistants for help because her monitor wouldn’t work.

When the allegations came to light, Facchini quickly resigned from her post at both homes.

At a hearing of the Nursing and Midwifery Council, the cruel nurse admitted failing to provide a woman with a commode at the Glenfairn Nursing Home in Ayr, in August 2007.

But she denied pulling the plug in the patient’s room, and a similar incident in a patient’s room while she worked at Sun Court Nursing Home in Troon.

But after a three-day hearing a panel of the NMC’s competence and conduct committee ruled the allegations to be true.

The panel ruled a claim that Facchini had gone to sleep during her shift for one and a half hours was not proved.

Facchini was facing being struck off for the misconduct, but instead the panel decided to give her a four-year caution order – meaning she can keep her job as a midwife at Crosshouse Hospital in Kilmarnock.

Chairwoman Pamela Ormerod said: “The panel recognises that the disconnection of a buzzer can only have been deliberate. However, the panel has taken into account that the incidents occurred within a period of around six days in August 2007 in a long career – the registrant qualified as a nurse in 1984 and subsequently as a midwife in 1986 – in which no other matters have come to the attention of the NMC.”

She added that Facchini’s remorse for her actions had helped them come to their decision.

During the hearing, the panel were presented with evidence from Alison Murray, a carer at Sun Court.

Mrs Murray told how she was helping the patients to get cleaned up during early rounds when she noticed a patient’s buzzer had been disabled.

She said: “The old lady told me that she didn’t think the nurse liked her because she had pulled her buzzer out of the wall.

Another carer Diane Brown was interviewed during the probe and was asked directly if Facchini had been disabling patient’s alarms or sleeping on the job.