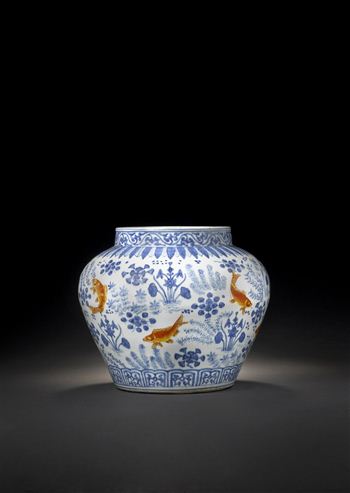 A MING vase with connections to an old biscuit company sold for £1.1 million – shattering the modest quarter of a million estimate.

Bought for a mere £55 – the Palmer family certainly made a profit when the popular item went under the hammer at the Bonhams Chinese Art Sale.

After the sale Colin Sheaf, head of Asian art said: “Items like this with impeccable provenance, great rarity and the highest quality always seem to retain their value and in fact grow it over the years.

It dates from the Ming dynasty and was created in the reign of Emperor Jiajing in 1522 – 66.