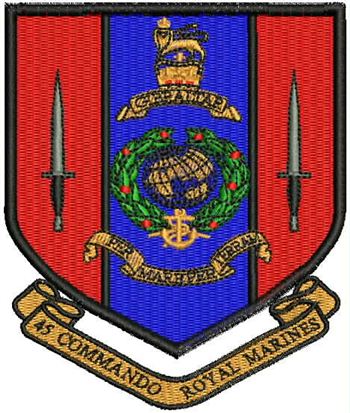 A POLITICAL row has erupted after a Scots councillor demanded his local marine unit be saluted for their bravery.

The Royal Marines of Arbroath’s 45 Commando has just returned from a dangerous six-month tour of Afghanistan.

A motion was laid before Angus Council by the SNP’s Donald Morrison to honour the brave troops’ professionalism and heroism at a meeting on Wednesday.

But the idea has ignited a fierce cross-party battle between the Nats and the ruling Angus Alliance.

Ex-RAF serviceman and councilor Peter Nield has blasted the plan because it “does not recognise those servicemen and women from Angus who are in other theatres of active service”.

SNP councilors have rounded on the opposition saying they are “disappointed” and “ashamed” by the Alliance approach.

The 45 Commando’s recent stint in troubled Afghanistan came at a heavy cost with a dozen personnel lost during the tour.

Nine fatalities were recorded from the unit while a further three were connected to attached units.

Mr Morrison is planning on selling commemorative wristbands to raise cash for the force’s charities after being inspired by a similar scheme currently helping the brave troops of The Black Watch.

But, the ruling Alliance decided to vote against the scheme during a stormy meeting on Wednesday evening.

Mr Morrison said: “While The Black Watch has a strong link with Angus and our thoughts are with them during their current tour of Afghanistan, I got to thinking about a similar wristband or badge in celebration of 45 Commando.

“Wearing a wristband would be another show of public pride for 45 Commando, who have carried out there duties in extremely difficult terrains and situations in Afghanistan and Iraq both professionally and bravely.”

Councillors were informed that just a £10 donation would be enough to finance the production costs of 1000 bands, with the profits then going to various forces’ charities.

But ex-serviceman Peter Nield says he cannot support the plan because he feels the 45 Commando are being singled out for special attention.

He said: “The sentiment of the motion is not questioned but the problem with the motion as it stands is that it does not recognise those servicemen and women from Angus who are presently in or have been in (other) theatres of active service.

“45 Commando have had a tough time and lost personnel in tragic circumstances. Most people cannot imagine what they and their families and loved ones went through and are going through.

“It is for us to remember all service personnel and not single out one company or group.

“All personnel from Angus face the same challenges and stresses and they and their families need our ongoing understanding and possibly support.”

But SNP councillors have been left disappointed after their motion was defeated.

Councillor Rob Murray said: “This motion is about supporting 45 Commando because of its links to Angus and its position within Angus.

“It is not about disrespecting any other forces and I am bamboozled by the position of the administration on this matter.”

The RM Condor-based unit will parade through the streets of Arbroath next Friday as they mark their return home.

The 700-strong division was granted the Freedom of Angus in 2003, and next week’s parade will see them exercise that freedom by staging their homecoming parade.